Florence Kurttila brings a patient’s insights to the world of colon cancer research.

It had been exactly five years since Florence Kurttila of Citrus Heights, California, heard from her doctors in June 2002 that her colon cancer treatment had been successful. But instead of celebrating that milestone of living with no evidence of disease, she was sitting in the same chemotherapy suite where she had once received care. This time, she was there to support her husband, Kurt, during his treatment for cancer of unknown origin.

Her husband’s cancer was aggressive, and Kurttila was angry that his oncologist seemed to offer little help. She asked questions on Kurt’s behalf that she hadn’t known to ask for herself when she was diagnosed. “At his first oncology appointment, I asked about clinical trials. I asked about drugs,” Kurttila says. “I kept getting this blank stare [from the doctor] like, ‘No, you don’t want to do that.’ I said, ‘Oh, yes, I do. He’s my husband. I want him to live.’”

Although the doctor did finally agree to treat him with chemotherapy, Kurt’s treatment wasn’t successful, and he died not long after his diagnosis.

As she struggled with her anger and sadness, Kurttila received an email from a colon cancer organization about an upcoming conference in Washington, DC. Attendees would go to Capitol Hill to speak with congressional representatives about colorectal cancer and to advocate for more research funding.

Kurttila wanted to become active in advocacy but didn’t know how to start. She decided to attend and find out. On the plane, she began to worry. “I kept thinking, I’m going to this conference where I don’t know a soul. It’s about colorectal cancer. I don’t have a husband to come home to—why am I doing this?” she recalls. “It was kind of emotional and scary.”

But the meeting turned out to be a great experience. Kurttila met others who were passionate about colon cancer advocacy and supportive of her efforts. When she returned home, she began actively supporting the cause in various ways, from answering patients’ questions and talking with groups to writing online posts.

Soon Kurttila was participating on panels at medical conferences. She admits to doubting whether she was qualified to speak on a panel with physicians and other health care providers, but organizers encouraged her. “You’re the patient; you are qualified,” they said.

For nearly two decades since, Kurttila has harnessed her own experience not only to help fellow patients but also to guide cancer researchers in providing better care.

From Treatment to Survivorship

Before her colon cancer diagnosis in 2001, Kurttila and her husband went for long walks around their neighborhood every night. One evening she felt unusually winded after their stroll and had a pain in her side. The pain became much worse overnight. She had an X-ray, but it showed nothing problematic.

One week later, though, she watched as a CT scan revealed a large white blotch in her abdomen. She had taken medical classes and worked at a medical company, so she knew the blotch didn’t belong there. “This thing was huge and it looked awful. It was invading other parts of my abdomen,” she says.

A biopsy showed that she had colon cancer. “It was just such a shock,” Kurttila says. She had no family history of the disease. She called the American Cancer Society from her hospital bed after the biopsy and asked for information about colon cancer. As she was wheeled into a five-hour surgery the next day, her brother in New York—who was being treated for lung cancer at the same time—talked to her by phone, offering encouragement and support.

Kurttila’s colon was cut to take out the large tumor. The surgeon was able to sew the ends of the cut pieces together, so she didn’t need a permanent ostomy, which collects waste in an external bag (See "Living Well With an Ostomy"). Eleven lymph nodes were also removed and were found to have no evidence of cancer. Because the tumor was large but had not spread, she was told her disease was between Stage II and Stage III.

During her 11-day hospital recovery, Kurttila was allowed only intravenous nutrition and broth. “They wouldn’t let me out until I had a bowel movement,” she says. “That takes time when you don’t eat anything and don’t move.”

Kurttila’s oncologist thought chemotherapy was unnecessary and radiation would be too risky for her other organs. “He was very flippant. He said, ‘We got your cancer,’” as if that ended the discussion, she recalls. But she wanted to take every measure possible to prevent recurrence and switched to another oncologist who approved standard chemotherapy with fluorouracil and leucovorin.

Now, 18 years after her treatment, Kurttila recalls the long-term side effects no one talked about in advance: Her skin became dry, her teeth became brittle and she developed painful neuropathy in her hands. Although she didn’t need a permanent ostomy, she has had trouble with bowel movements. Now 66, she shares her experiences with other patients so they can be more prepared about what to expect than she was.

Kurttila’s involvement in colon cancer advocacy grew over the years. She connected with other patients and families, doctors and researchers and received training through organizations including Fight Colorectal Cancer and the Research Advocacy Network. She’s helped some people find clinical trials that might be right for them.

Since retiring from her job as a human resources professional in April 2018, Kurttila has become even more active. She travels around the country sharing information at talks and on panels and helps review research grants. She serves on the gastrointestinal committee of the SWOG Cancer Research Network and the patient advisory committee for CancerLinQ (a project of the American Society of Clinical Oncology), and she has been a grant reviewer for the Department of Defense.

“You don’t have to be a medical professional to take part,” Kurttila says. What’s important is understanding the impact of treatments or research approaches on the patient—which is what advocates with experience as patients do so well.

Not only has Kurtilla seen the science of treating cancer change a lot since she was diagnosed, but she also sees more opportunities these days for patient advocates to become involved. “Now, in professional meetings, we’re called on to give our input in front of the whole group,” she says. “Before, it was, ‘Just attend and listen.’”

Cancer organizations and research centers also offer more training for advocates than they once did. Many research grants now require that patient advocates be included in the application process, Kurttila notes. As a result, advocates today may partner with cancer experts in reviewing grants and preparing conference posters and journal manuscripts—“a lot of things we were never involved in before,” she says.

Kurttila advises others who are interested in becoming advocates in any area—research, patient concerns or legislation—to apply for conference scholarships. These stipends help cover expenses for attending medical meetings, learning more and taking an active role.

“There’s a lot of advocacy going on that you can participate in,” she says.

More than 101,400 people will be diagnosed with colorectal cancer this year, according to the American Cancer Society. It is the third leading cause of cancer-related death in the United States, but mortality is declining, in part thanks to screening that can detect precancerous growths when they are easier to treat.

Early-stage colorectal cancer is typically treated with surgery, which removes growths known as polyps, localized tumors and sometimes part of the colon or rectum. Less than 10 percent of colorectal cancer patients will need a stoma to eliminate waste (See "Living Well With an Ostomy.") Radiation therapy may be used before or after surgery.

People with more advanced disease may be treated with targeted therapies that work against cancer with specific genetic mutations. These include the EGFR inhibitors Erbitux (cetuximab) and panitumumab (Vectibix) and the VEGFR inhibitors Avastin (bevacizumab) and Cyramza (ramucirumab). Immunotherapy using the checkpoint blockers Keytruda (pembrolizumab) or Opdivo (nivolumab) may be an option for some people. Genetic testing of tumors can help determine which drugs are likely to work. Many clinical trials are currently under way to test new treatment approaches for colorectal cancer. 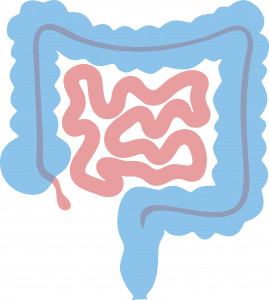