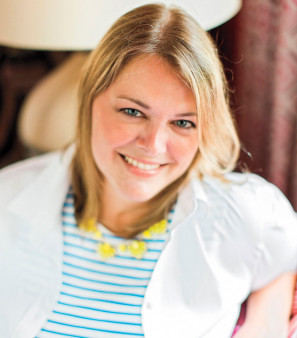 How Cancer Changed My Politics

Allison Ruddick, diagnosed with Stage III colorectal cancer in 2014 at age 31, is the creator of the Keeping Cancer Classy blog, which appears on CancerHealth.com.

The day after the 2016 election, I found myself in the ER. My heart was skipping beats, and I couldn’t breathe. Having gone through radiation, chemotherapy and surgery over the past two years, I got scared and asked my coworker to take me to the hospital. After tests, more tests and hours of waiting, the diagnosis was…an anxiety attack.

I considered the main stressors in my life. My cancer was in remission; I was getting back into the swing of things at work; my relationship had never been better. What got me so worked up? It had to be politics. I used to be one of those people who said, “I don’t get involved in politics—it just riles people up.”

Then I got cancer.

Thankfully, I found myself living in the era of the Affordable Care Act (ACA), and my bills had been largely covered. I had an employer-sponsored plan and didn’t have to fight my insurance company every day. But with the calls to “repeal and replace,” it dawned on me that with a series of votes, my safety net could be gone.

Before long, I was lying in bed at night going through the litany of what-ifs. What if preexisting conditions protections are repealed? What if there’s a lifetime spending cap? How could I afford scans every three months, a lifetime of maintenance chemo at $10,000 per treatment or the insulin I need to manage my chemotherapy-induced diabetes?

I’ve been told that my cancer is inoperable. My only chance at long-term survival is constant monitoring and maintenance. In short, there’s a very real chance that without access to affordable coverage, I would die. And I’m not alone.

So I started advocating for the ACA on social media. One stranger, who told me that paying higher premiums wasn’t worth the cost of covering me, left me in tears. But I’ve also connected with countless others in the struggle to deal with the monetary costs of cancer [see “Cancer, Hands Off My Bank Account!”] on top of the physical, emotional and mental effects. There’s honestly more price transparency when I bring my dog to the vet than there is when I go to my oncologist. I find that fundamentally wrong. Our current system just doesn’t help those who rely on it the most, and we need change.

So what can we do? Medicare for all? Reform the ACA? Use the market to bring down costs? I honestly don’t know the answer. But as we approach another presidential election year, I know how important it is to do your own research into political candidates, not just rely on social media. Take a look at the congressional roll calls and voting records.

That’s what I plan to do as the candidates release their policy proposals. I will be informed when I cast my ballot, and I want you to be too, even if you feel differently than I do. As a cancer patient, it’s extremely important to be politically aware. Your vote could mean life or death.