Healthier choices and a bit of prep can reduce carcinogens and increase flavor.

Cooking meat at high temperatures is known to produce cancer-causing chemicals. At the start of the grilling season, experts at the American Institute for Cancer Research (AICR) are warning about the hidden health hazards of cookouts and campfires, and suggesting how grilling can be made safer.

Step One: Mix Up the Meat

The first thing to understand is that the meat you choose to grill is just as important as how you grill it. Diets high in red meat (beef, pork and lamb), are linked to increased risk for colon cancer regardless of how you cook it. And even small amounts of processed meat (hot dogs, sausages) ramp up the risk.

So, don’t get stuck on steak, burgers and franks; get creative with fish and chicken, using spices, herbs, hot peppers and sauces to liven up tender chunks of white meat. Remember, AICR recommends no more than modest quantities of red meat (12–18oz per week).

Charring and cooking meat, poultry and fish under high heat causes compounds called heterocyclic amines (HCAs) and polycyclic aromatic hydrocarbons (PAHs) to form. These substances have shown the ability to damage our DNA in ways that make cancer more likely.

Studies have shown that marinating meat, poultry and fish for at least 30 minutes can reduce the formation of HCAs. Using a mixture that includes vinegar, lemon juice or wine along with oil, herbs and spices seems to be the key. Marinating the meat has a bigger impact on reducing HCA formation than reducing cooking temperature. Scientists are still investigating precisely how these marinades help lower HCAs, but it’s possible that compounds in these ingredients are responsible.

PAHs are deposited onto the meat by smoke. By reducing the amount of time meat spends exposed to flame by first partially cooking it in a microwave, oven or stove, you can reduce the amount of PAHs you generate and ingest.

(Be sure to place the partially cooked meat on the preheated grill immediately. This helps keep it safe from bacteria and other food pathogens that can cause illness.)

Cook the meat over a low flame. Doing so can reduce the formation of both HCAs and PAHs, and help keep burning and charring to a minimum.

Reduce flare-ups by keeping fat and juices out of the fire: cut visible fat off the meat, move coals to the side of the grill and cook your meat in the center of the grill. Finally, cut off any charred portions of the meat before serving.

Step Five: Throw Some Color on the Grill

Grilled vegetables taste great! And by loading up on plant foods, you can cut back on red and processed meats. Colorful vegetables and fruits contain fiber, vitamins and naturally occurring compounds called phytochemicals. These substances add anti-cancer action to your backyard bash.

Try onions, zucchini, eggplant, bell peppers or tomatoes in thick slices on the grill, in a grill basket or in chunks for kebabs. Another favorite: corn on the cob. Grilling brings out the sweetness in veggies, so even reluctant veggie eaters can find something to love.

This announcement was originally released on May 20, 2019, by the American Institute for Cancer Research. It is republished with permission. 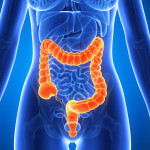