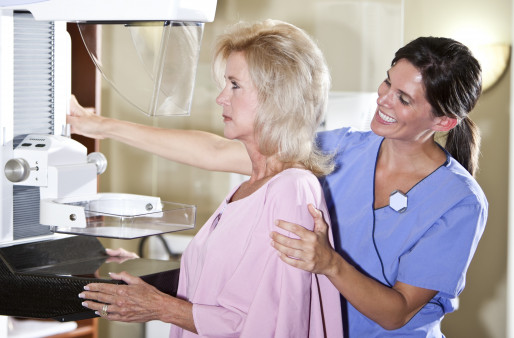 American College of Physicians aims to make sense of varying guidelines about who should get screened when.

Women with an average risk of developing breast cancer should receive mammograms every other year starting at age 50, according to a statement from the American College of Physicians (ACP), based on a review of seven sets of existing guidelines.

These recommendations do not apply to people who have previously had breast cancer, those with previous abnormal mammogram results or those with symptoms suggesting breast cancer, according to an ACP press release. They are also not for women at higher-than-average risk, such as those with BRCA gene mutations or a family history of breast cancer.

However, the experts stress that guidelines are just that, and personal decisions about screening should be made by individuals in consultation with their care providers, according to the ACP statement published in Annals of Internal Medicine.

“Beginning at age 40, average-risk women without symptoms should discuss with their physician the benefits, harms and their personal preferences of breast cancer screening with mammography before the age of 50,” said ACP president Ana María López, MD, of the University of Utah Health Sciences Center. “The evidence shows that the best balance of benefits and harms for these women, which represents the great majority of women, is to undergo breast cancer screening with mammography every other year between the ages of 50 and 74.”

Most women with breast cancer are diagnosed after age 50, but some younger women develop aggressive breast cancer that can grow and spread rapidly. This is more likely to occur among Black women, women with inherited BRCA mutations and those with a family history of breast cancer.

Screening guidelines are written by experts who review medical evidence to determine whether benefits outweigh risks or harms at the population level. There is no way to know what the outcome of screening will be for a specific woman—only what is likely to happen for a group of similar women.

Harms of breast cancer screening can include discomfort, radiation exposure, anxiety resulting from false-positive results, the need for more invasive follow-up testing and “overtreatment” of cancer that would not have led to illness or death if left undetected.

Experts and advocates agree that detecting breast cancer at its early stages and starting treatment promptly is the best way to prevent disease progression and improve survival, but there’s less consensus about when to start screening and how often it should be done.

The ACP experts reviewed these and other existing guidelines from the Canadian Task Force on Preventive Health Care, the National Comprehensive Cancer Network and the World Health Organization and came up with four guidance statements:

The ACP experts noted that for women ages 40 to 49, the harms of annual screening generally outweigh the benefits. For average-risk women over 50, receiving mammograms every other year did not result in a significantly higher likelihood of death compared with annual mammograms, but it did reduce harms. Women screened annually are more likely to have false-positive results, leading to biopsies and surgeries that otherwise would not have been necessary.

“The results of [ACP’s] assessment are four guidance statements that provide clarity and simplicity amidst the chaos of diverging guidelines,” Joann Elmore, MD, MPH, of the David Geffen School of Medicine at UCLA, and Christoph Lee, MD, of the University of Washington School of Medicine, wrote in an accompanying editorial. “These ACP guidance statements represent convergence across differing recommendations while highlighting important points for physicians to consider in shared decision-making conversations with their patients about routine breast cancer screening.”