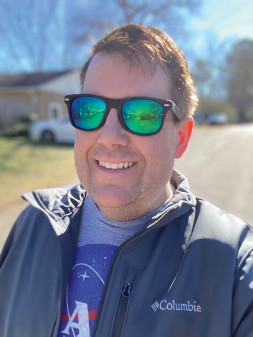 Michael Whitley, 43, has a can-do attitude that helps him navigate a complex path through metastatic kidney cancer.

If you’re going to get kidney cancer, it helps if your best friend is a nephrologist.

Michael Whitley, now 43, an engineer in Huntsville, Alabama, and nephrologist Heather Haley, DO, hit it off immediately when they met at a party in 2010. Although Haley was born nearby, she’d been away for 14 years and didn’t know anyone in town outside of work.

“Michael was a bright light, an instant friend to everyone, with no ill will to anyone, intelligent and interesting and on the brink of success,” recalls Haley. She was dating at the time, but she knew he was gay, so it was easy to remain friends—“whoever I was dating at the time didn’t care.” (She encouraged him to come out to his parents, but he wasn’t quite ready.) Whitley ushered at Haley’s wedding, and when she and her husband had a daughter, he became a close family friend.

Haley tells a story to illustrate his inventiveness. “I have a boat, and one day we were waterskiing, but the rope kept getting caught on the deck. Michael went home and created a 3-D molded cover to go over the cleat.” That solved it.

“I like building things, figuring out how things work,” says Whitley, who grew up working on cars with his dad. “I always believed that if you can understand how something works, you can fix it.”

More Than a Stone

In January 2019, Whitley had pain on urinating and blood in his urine and passed what he thought was a kidney stone. He called Haley, who agreed that that was probably what it was and asked him to come in for testing. But he was busy with EngeniusMicro, the engineering company he cofounded, and was also studying for an MBA. He passed a few more “stones” over the next few months (they were actually blood clots). Finally, right before Labor Day, he felt a larger stone coming on and agreed to go in for blood work and testing, both of which were normal.

Haley recommended CT scans. The results were also sent to Whitley, who saw something large on his left kidney and texted Haley. “I read the text, read the scan, and my heart sank,” she recalls. She asked him to call his boyfriend, also named Michael, and meet her at the hospital.

Whitley had a large tumor on his left kidney and small metastatic tumors on both lungs, his right adrenal gland and left femoral neck (the pelvic bone where the hip ball and socket meet). He was diagnosed with Stage IV clear cell renal cell carcinoma—metastatic kidney cancer.

“I called my mom,” recalls Whitley, “and told her, ‘I have a massive tumor on my kidney, it’s Stage IV, I’ve been admitted to the hospital, I’m having surgery soon and I’m gay and have a long-term boyfriend.’ She replied, ‘Is he good to you? That’s all I care about.’” His dad said the same thing. His parents drove up from Anniston, Alabama, met his boyfriend (who hadn’t left his side) and stayed at Haley’s house.

Whitley had surgery to remove his left kidney and the adrenal tumor. Google told him the five-year survival rate for Stage IV was 8%. Fortunately, Google was out of date.

Today, the survival rate for metastatic kidney cancer is  13%—but that’s likely an underestimate. “Statistics are always a little delayed,” says Dena Battle, who founded the kidney cancer nonprofit KCCure. When Whitley’s oncologist, Brian Rini, MD, a kidney cancer researcher at Vanderbilt University Medical Center in Nashville, started practicing medicine two decades ago, he recalls, “Patients with advanced cancer lived about a year.” Ten years ago, the average had risen to two to three years; now, it’s four to five years, he says.

A major advance occurred in 2005, when the Food and Drug Administration approved the first tyrosine kinase inhibitor (TKI), a targeted therapy that blocks a growth factor (VEGF) that nearly all kidney cancers use to hijack the blood supply and grow. Now, there are a host of targeted therapies, including next-generation TKIs as well as mTOR inhibitors, which block VEGF through a different mechanism. In 2015, the first checkpoint inhibitor immunotherapy, which unleashes the immune system against tumors, was approved for advanced kidney cancer; more followed. Then, drug combinations were approved.

Any one TKI may eventually stop working, but oncologists now have many options if that occurs, including better drug sequencing and multidrug combinations (see Basics). Says Rini, “We have a long way to go. We’re not curing most patients, but it’s an exciting time.”

Whitley wasn’t cured, but nearly two years after his diagnosis, his disease is stable. He hardly ever stopped working, and his quality of life is improving.

But it hasn’t been an easy journey.

Working with a local oncologist, Whitley started a newly approved combination of immunotherapy drugs after surgery. “It was the correct and best treatment,” he says, “but unfortunately, my cancer did not respond.”

His oncologist recommended a second opinion. That’s when Whitley found Battle, who connected him with Rini. “My advice is to always get a second opinion, whether your disease is advanced or localized,” says Rini. Even if your original regimen is confirmed, he says, it’s reassuring.

Rini put Whitley on a TKI. “He’s had a great response and is tolerating it well. It’s not curative, but I’ve had patients on this drug for years.” Whitley, he says, is one of his most cancer-educated patients. “He knows the data and trials; he listens to podcasts; as soon as data come out, he’s aware,” he says. But Whitley also respects expertise. Says Rini, “He’s the right combination, and at the end of the day, he trusts my decision-making.”

An Unexpected Side Effect

The first treatment, though, had already caused damage—a rare adverse response to immunotherapy that led to severe neuropathy in his ankles and feet. At the time, Whitley, preoccupied with radiation and surgery for his bone metastasis, ignored the symptoms, including pain “like walking on a bed of nails.”

The symptoms seemed to resolve, but that was because neuropathy was causing a loss of sensation, he would later find out. When he showed up at Haley’s house on a football game weekend, he asked her husband, Brandon, to help him get out of his car. She saw he had trouble lifting his feet. Recalls Haley, “I asked him, ‘Who knows about this? Why aren’t you in the hospital?’ He told me he didn’t want to bother anyone.” No longer able to walk, Whitley was fitted with ankle braces, given a walker, prescribed steroids (prednisone) and, later, intravenous immunoglobulin and started physical therapy. He regrets not starting prednisone earlier, adding, “If this had been caught earlier, I wouldn’t have as far to come back from.”

Whitley’s delay is common. “Patients are really reluctant to talk to their doctors about side effects,” says Battle. “They’re nervous about being taken off therapy or having the dose reduced. Men in particular often don’t want to complain.” But addressing side effects early can benefit treatment, she says. “You’ll actually have a better chance to stay on therapy longer.” Says Julie Silver, MD, director of cancer rehabilitation at Spaulding Rehabilitation Network in Boston, “The earlier we pick up problems, the more amenable they are to rehab interventions.”

Whitley still wears braces but has made great progress. He walks without a cane and is working on balance and strength.  “I can’t run or ride a bicycle outside, but I think those will come back in the next few months,” he says.

“I feel pretty good,” says Whitley. He has side effects from his current therapy, including elevated blood pressure and low thyroid hormone levels, for which he takes medications. He sometimes has digestive issues, but the fatigue is the worst, especially toward the end of his three-week daily pill regimen. But he feels “completely reset” after the routine three-day pause. “I know that I will have progression—it’s not a cure. But the longer I stay on this drug combination and stay stable, the better. My hope is to be alive in five years and there will be a cure by then.”

He’s become an advocate, lobbying politicians for more cancer funding, working as a patient reviewer on clinical trials and helping those newly diagnosed find information and comfort. His company is growing. He and his boyfriend moved in together in the middle of 2020. “I can now focus my time on things other than cancer,” he says.

Cancer has made him more empathetic and adventuresome. “I’ve learned to trust and rely on people. I know exactly what matters to me. And I want people who matter to me to know it. It’s made me feel invincible, which is crazy, but I’m a little more willing to take risks. I am going to do exactly what I want because I may have a time limit. I feel a freedom to take more chances.”

Something in the Water? 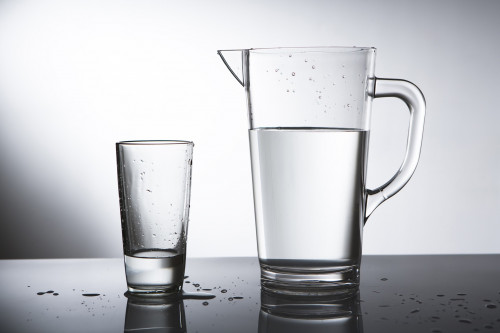 “Here’s the weird thing: There are three other men about my age from my hometown who have kidney cancer,” says Michael Whitley, who has metastatic kidney cancer.

He grew up in Anniston, Alabama, and at his parents’ house on Henry Lake along the Coosa River. “I grew up on that lake,” he says, “swimming in the river and fishing.” Anniston was home to a Monsanto plant that produced carcinogenic polychlorinated biphenyls (PCBs). It closed in 1971, and the Environmental Protection Agency (EPA) banned PCBs in 1979. But these “forever” chemicals don’t break down in water. “I grew up close to the Monsanto plant, which buried PCBs in the river,” recalls Whitley.

Another forever chemical is perfluorooctanoic acid (PFOA), used to make Teflon. 3M made PFOA in Decatur, Alabama, and later, due to a lawsuit, spent over $30 million to remove it from drinking water.  In a 2020 study, National Cancer Institute epidemiologist Jonathan Hofmann, PhD, MPH, compared blood samples from 324 people with renal cell carcinoma (RCC)—kidney cancer—and matched controls. “For each doubling in serum concentrations of PFOA, there was a 70% increase in risk of RCC,” says Hofmann. “Those with the highest concentrations of PFOA were more than twice as likely to  develop this malignancy compared to those with the lowest concentrations.” PFOA is no longer made in the United States but is not yet regularly screened for in municipal drinking water. Says David Whiteside of Tennessee Riverkeeper, “In the U.S., these chemicals are largely innocent until proven guilty, which places the burden on people rather than corporations.”

Whitley admits he’ll never know for sure: “There’s no way to tell, although kidney cancer is unusual for someone my age.”