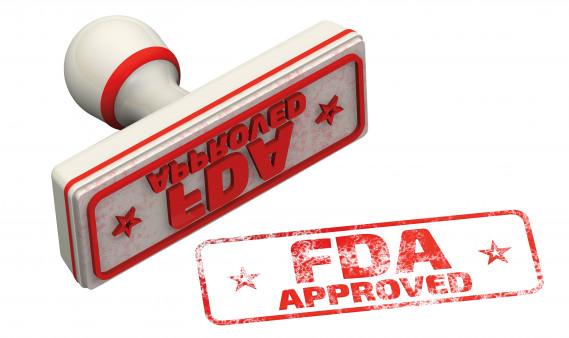 New site-agnostic therapy shrank tumors in people with a variety of cancers with NTRK gene fusions as well as ROS1-positive lung cancer.

On August 15, the Food and Drug Administration (FDA) granted accelerated approval of Rozlytrek (entrectinib) for adults and adolescents with tumors anywhere in the body that carry specific genetic alterations known as NTRK fusions. It is indicated for those with metastatic or inoperable cancer with no satisfactory alternative treatments. The new medication, which is taken as a once-daily pill, was also approved for people with metastatic non-small-cell lung cancer that is positive for ROS1 gene fusions.

Although NTRK and ROS1 gene fusions are uncommon, the approval highlights the importance of genetic testing to determine if patients might be eligible for new targeted therapies.

“We are in an exciting era of innovation in cancer treatment as we continue to see development in tissue agnostic therapies, which have the potential to transform cancer treatment,” FDA Acting Commissioner Ned Sharpless, MD, said in a press release. “We’re seeing continued advances in the use of biomarkers to guide drug development and the more targeted delivery of medicine.”

Cancer medications have traditionally been developed, tested and prescribed for cancer in a specific part of the body, such as lung cancer or breast cancer. But site-agnostic or tissue-agnostic therapies—also known as pancancer therapies—attack tumors with specific characteristics no matter where they occur.

Rozlytrek, from Roche/Genentech is the second approved medication, after Bayer’s Vitrakvi (larotrectinib), that was designed to treat cancer anywhere. After it was already approved for several specific types of cancer, the checkpoint immunotherapy drug Keytruda (pembrolizumab) also received a site-agnostic indication for all tumors with a characteristic known as high microsatellite instability or mismatch repair deficiency (MSI-high/dMMR).

Rozlytrek, like Vitrakvi, is a TRK (tropomyosin receptor kinase) inhibitor. TRK proteins are encoded by three NTRK (neurotrophic tyrosine receptor kinase) genes. When one of these genes in a cancer cell fuses with another gene, it acts as an ignition switch to spur tumor growth. TRK fusions are rare, occurring in only around 1% of all malignancies, but they are more common in certain types of cancer.

In a combined analysis of three Phase I and II trials, which together included 54 adults with 10 types of locally advanced or metastatic cancer with NTRK gene fusions, the overall response rate—meaning complete or partial tumor shrinkage—was 57%, including four people with complete remission. More than half of people whose cancer had spread to the brain saw intracranial tumor shrinkage.

At this year’s American Association for Cancer Research annual meeting, researchers reported that the overall response rate was 70% for the subgroup of 10 participants in these studies who had NSCLC. A larger analysis of 51 people with ROS1-positive NSCLC showed a response rate of 78%. Here, too, Rozlytrek was active against cancer in the brain.

Results from a so-called virtual clinical trial, which compared medical records of people with ROS1-positive NSLCL treated with Rozlytrek and those treated with Xalkori (crizotinib)—previously the only FDA-approved ROS1-targeted therapy—showed that people taking Rozlytrek went longer before needing to switch to a new therapy (14.6 versus 8.8 months, respectively).

“The identification of actionable biomarkers like ROS1 has brought about significant progress in the treatment of lung cancer. This approval brings further hope to people with this rare type of the disease,” Janet Freeman-Daily, cofounder of the ROS1ders patient advocacy group, said in a Genentech press release. “Up to 40% of people with ROS1-positive non-small-cell lung cancer have tumors that have spread to the brain, so now there is a new treatment option for those patients.”

Rozlytrek is also effective in children. A study presented at the American Society of Clinical Oncology annual meeting in June showed that Rozlytrek produced “striking, rapid and durable” responses in all 12 children and adolescents who had tumors—mostly brain cancers and sarcomas—with the targeted NTRK, ROS1 or ALK gene alterations, including two with complete remission.

“Today’s approval includes an indication for pediatric patients 12 years of age and older who have NTRK-fusion-positive tumors by relying on efficacy information obtained primarily in adults,” said Richard Pazdur, MD, director of the FDA’s Oncology Center of Excellence. “Traditionally, clinical development of new cancer drugs in pediatric populations is not started until development is well under way in adults and often not until after approval of an adult indication.”

There is currently not a specific companion diagnostic test to determine who is eligible to use Rozlytrek, but Genentech said it is working with Foundation Medicine, which makes a test to detect multiple cancer driver biomarkers, to help identify people with ROS1 and NTRK gene fusions.

Although NTRK and ROS1 fusions are rare, a growing number of experts think everyone with advanced cancer should be tested for this and other genetic alterations that drive cancer, to see whether any of the growing armamentarium of targeted therapies might work for them.

“Even if it’s just a 1 in 100 chance, it’s so meaningful for patient in terms of effectiveness, tolerability and survival that I think it’s worth it,” said Rozlytrek clinical trial investigator Robert Doebele, MD, PhD, of the University of Colorado.

Click here for an FDA press release about the Rozlytrek approval.