Women whose grandmothers were exposed to DDT during pregnancy have increased risk factors for breast cancer.

Women who were exposed to the endocrine-disrupting chemical DDT in the 1960s passed on increased risks for breast cancer not only to their daughters but also to their granddaughters, according to a new study published in the journal Cancer Epidemiology, Biomarkers & Prevention. The breast cancer risk factors include obesity and early puberty.

The insecticide DDT (dichloro-diphenyl-trichloroethane), made infamous by Rachel Carson in her 1962 book, Silent Spring, brought several birds of prey, such as the brown pelican and peregrine falcon, to the brink of extinction in the mid–20th century. But it also posed serious health risks for humans.

Banned in the United States in 1972, DDT contains several ingredients known to be endocrine-disrupting chemicals, according to Environmental Health News. Such chemicals are capable of interfering with normal hormonal activity. Endocrine-disrupting chemicals have been implicated in everything from testicular cancer and erectile dysfunction in men to reduced fertility and miscarriage in women. Rates of all of the above are on the rise worldwide.

The breast cancer risk from DDT exposure is well documented. Scientists working on the Public Health Institute’s Child Health and Development Studies (CHDS), which has been ongoing for more than six decades, has linked DDT exposure during pregnancy to breast cancer in mothers as well as obesity, breast density and breast cancer in adult daughters. “The issue of the vulnerability of a pregnant woman should be a major part of the story,” Barbara Cohn, PhD, a study author and the director of CHDS, told Environmental Health News.

The new results concern the daughters of the adult daughters—the granddaughters. By analyzing self-reported medical data and measuring weight, height and waist circumference, the scientists determined that those whose grandmothers had higher blood DDT levels were two times as likely to begin menstruating at a younger age and two to three times as likely to be obese as those whose grandmothers had lower blood DDT levels.

“This is the first three-generation study that [shows] it’s plausible that an environmental chemical in a grandparent can impact obesity and timing of menarche [first menstrual period] in the grandchild,” Cohn said. She and her colleagues hypothesize that the former prevalence of DDT could be a contributing factor to the current obesity epidemic. Early menarche and obesity are both risk factors for breast cancer as well as for high blood pressure, diabetes and heart disease.

For more on the health risks associated with exposure to chemicals in the environment, read “Why Is a 4-Decade-Old Pesticide Back in the News? The Story of Glyphosate” and “Bayer to Pay $10 Billion to Settle Roundup Cancer Lawsuits.” 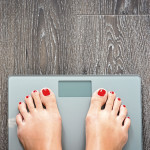 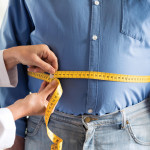