The approach to finding and funding “brave and bold” new ideas goes back to 1946. Part one of an interview with Yung S. Lie, PhD, president and CEO of the Damon Runyon Cancer Research Foundation.

What excites you about going to work?

I’m the first scientist to run this organization. It’s an extraordinary and exciting opportunity to make a difference by accelerating the progress in cancer research. Scientists are at the heart of everything that we do. I’m constantly inspired by them.

What was your first association with Damon Runyon?

I started in the lab, doing basic science funded by Damon Runyon. I was doing postdoctoral research on how cells migrate during development, a process that’s really important for cancer because during metastasis those normal pathways are co-opted by cancer cells, which enable them to move from the primary tumor to invade other sites in the body. But when I got further along in my career, I wanted to find a way to use my scientific training to have a broader impact. Fortunately, there was an opening for the scientific director role here. That was 11 years ago. At the end of 2018, I became CEO. It’s fantastic to be in this role, to be in a position to address the needs of young scientists who are at the forefront.

The Foundation has an extraordinary track record, including having funded 12 scientists who went on to win Nobel prizes. How do you identify revolutionary work?

It all comes down to our very rigorous selection process. We work closely with leaders in cancer research in all different fields of expertise across the country who give their time to help us identify the next generation of leaders. One of our fundamental beliefs is that we need to enable young people to take risks, be bold and pursue innovative new ideas, because otherwise we won’t see the kinds of breakthroughs that we need for cancer. The Foundation has always been this way. Since 1946, it’s always had an approach that focused on looking for these new ideas, urging scientists to come to us and propose the ideas that other people might tell them are crazy. 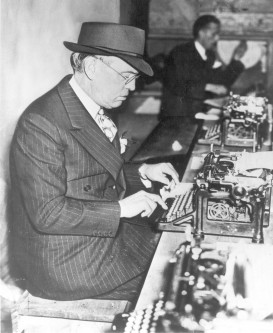 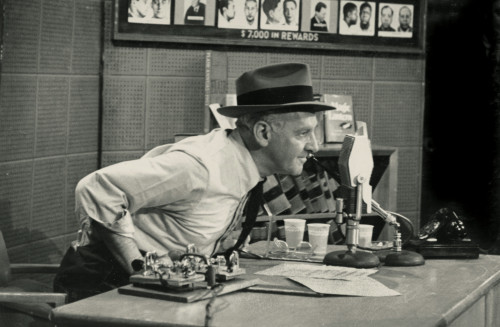 Tell us about that history. Damon Runyon was a newspaperman and short story writer who wrote stories about gamblers, which became the basis of the musical, Guys & Dolls. Why is the foundation named after him?

In December 1946, radio broadcaster Walter Winchell’s friend Damon Runyon passed away from throat cancer—the reason he had it was that he smoked every day of his life. Winchell went on air and put out a call to the men and women of America to give their spare change to fund cancer research. He wanted to support young scientists, to enable them to take risks and be bold. He was ahead of his time with this concept. 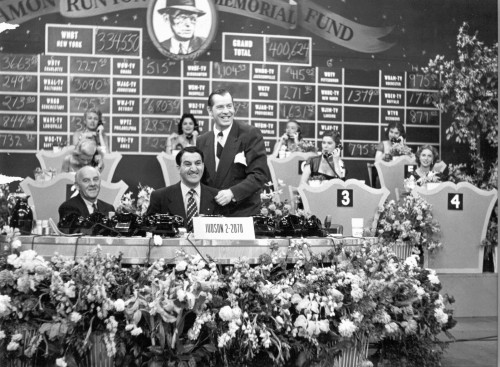 Entertainer Milton Berle, a longtime friend of Damon Runyon and Walter Winchell, hosted the first-ever telethon for the cancer research foundation, in 1949. Danny Kaye is seated. They raised an astonishing $1.1 million over 16 hours.Courtesy of Damon Runyon Cancer Research Foundation

Has Foundation work actually led to advances in throat cancer?

Yes, we have! We funded early work that proved smoking causes cancer, and, more recently, Damon Runyon scientists, including Maura Gillison, MD, PhD, of MD Anderson Cancer Center in Houston, contributed to understanding how viruses such as the human papilloma virus (HPV) can cause cervical and head and neck cancers. That led to a preventive HPV vaccine, which may eradicate not only cervical cancer but HPV-linked head and neck cancers as well. It’s saving thousands of lives. It’s also affecting treatment: Patients who are HPV positive respond to treatment in a much different way than those who are HPV negative. 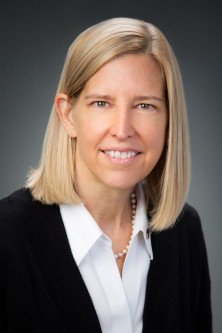 Maura Gillison, MD, PhD, identified the human papillomavirus (HPV) as a cause of head and neck cancer, adding evidence for the need to vaccinate boys and girls against HPV.Courtesy of MD Anderson Cancer Center

What are some of the “crazy” ideas you’ve funded that turned out well?

Our most recent Nobel Prize winner alumnus, Jim Rothman, a professor at Yale, won for his work to understand how proteins are transported within a cell. Disrupting the process of protein transport in the cell has been linked to a number of human diseases, from neurological and immunological diseases to diabetes to cancer. As a postdoc in the 1970s, he had this crazy idea that he could create a system in a test tube that would allow him to reassemble the system that transports proteins. He was walking down the hall, telling one of the more senior scientists that he wanted to do this, and the response was, “You’re absolutely crazy, you can’t do that, it’ll never work, it’s impossible!”

Damon Runyon funded him to do that research in 1976. Nearly forty years later, in 2013, he won the Nobel Prize for his work. We fund ideas that the National Institutes of Health wouldn’t typically fund because they’re looking for things that are safer. 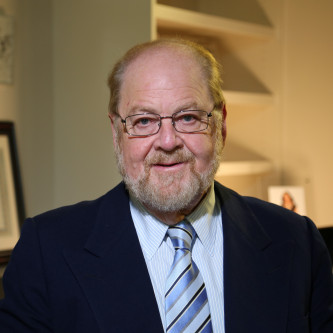 Jim Rothman, PhD, won the 2013 Nobel Prize in Physiology or Medicine (shared) “for [his discovery] of machinery regulating vesicle traffic, a major transport system in our cells.”Courtesy of Damon Runyon Cancer Research Foundation

Section Two: The Next Frontiers in Cancer Therapy

Section Three: Healthy Lifestyle, Reducing Side Effects and Getting the Best Care

How One Doctor Saved His Own Life