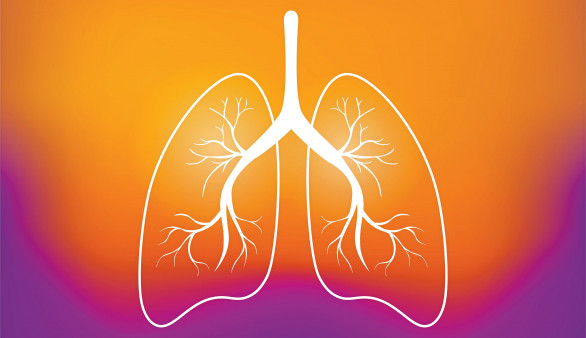 Lung cancer is the second most common type of cancer in the United States, and it remains the leading cause of cancer mortality, exceeding deaths from breast, colon and prostate cancer combined.

Lung cancer treatment has improved over the past decade thanks to new targeted therapies and immunotherapies. A study by the National Cancer Institute found that deaths from non-small-cell lung cancer (NSCLC) have decreased even faster than the decline in new cases attributable to reduced smoking.

Despite these improvements, lung cancer is often diagnosed late and remains difficult to treat. Lung cancer screening, recommended for heavy smokers, can detect cancer at an earlier stage, but only around 2% of eligible individuals have been screened. Up to 20% of people with lung cancer never smoked.

Lung cancer treatment depends on the subtype, how advanced it is and whether it has spread beyond the lungs (metastasis). NSCLC accounts for about 80% of lung cancers. The main subtypes are adenocarcinoma, squamous cell carcinoma and large cell carcinomas. Small-cell lung cancer is harder to treat.

Some localized lung tumors can be surgically removed. Radiation therapy may shrink tumors that can’t be removed—which can relieve symptoms—or kill cancer cells that remain after surgery.

Traditional chemotherapy kills fast-growing cells, including cancer cells. It may be used before surgery (neoadjuvant chemo), after surgery (adjuvant chemo) or to treat cancer that can’t be surgically removed or has spread.

Targeted therapies are more precise, working against cancer with specific characteristics. Many of these are tyrosine kinase inhibitors that interfere with proteins that play a role in cell growth.

Many NSCLC tumors, especially adenocarcinomas, have driver mutations that trigger cancer growth. The distribution of these genomic alterations varies across population groups and differs between smokers and nonsmokers.

The Food and Drug Administration has approved medications that target seven mutations: ALK, BRAF, EGFR, MET, NTRK, RET and ROS1. Some of these are rare, occurring in only 1% to 2% of lung cancers. Drugs that target KRAS mutations are now in clinical trials—an exciting development because this mutation is much more common in lung adenocarcinomas. Ask your doctor about genomic testing to see whether your cancer has targetable mutations. (See “Meeting Your Match”).

Targeted therapy and immunotherapy can lead to higher response rates and longer survival. But kinase inhibitors may stop working as cancer cells develop resistance. Immunotherapy doesn’t work for everyone, and it is hard to predict who will benefit. Combining medications can improve response but may result in more side effects and higher cost.

Many experimental therapies—including drugs targeting new mutations—are in development. Clinical trials can be a good way to get early access to promising treatments. Ask your care team whether a trial might be an option for you.