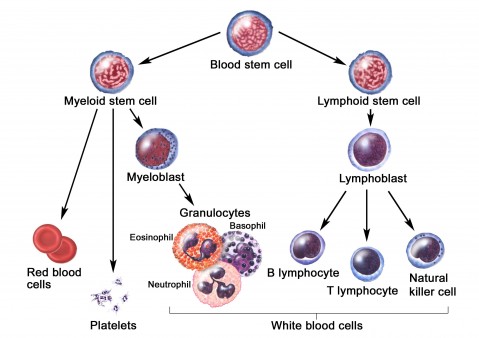 Maintenance therapy with Revlimid (lenalidomide) led to longer progression-free survival for people with chronic lymphocytic leukemia (CLL) who had residual cancer after their first treatment, according to a study recently published in The Lancet Haematology.

But in the five years since the study began, CLL treatment has advanced so much—including the advent of new targeted therapies—that these long-awaited findings may not have much impact on clinical care.

Leukemia is a cancer that affects blood-forming stem cells in the bone marrow or more mature blood cells. CLL involves overproduction of abnormal lymphocytes (B cells, T cells or natural killer cells). As these abnormal cells grow out of control, they can crowd out normal blood cells, leading to increased susceptibility to infections, anemia and other complications.

Although chronic leukemia is not as aggressive as acute leukemia, CLL is difficult to cure. Until recently the standard of care was chemoimmunotherapy, treatment that combines traditional chemotherapy and immunotherapy to help the immune system fight cancer. While this type of treatment can put leukemia into remission, it usually doesn’t eliminate all traces of the cancer.

Anna Maria Fink, MD, of the University Hospital of Cologne in Germany and colleagues conducted a study to assess whether maintenance therapy with Revlimid after initial treatment would lead to better outcomes for people with CLL.

Starting in July 2012, this Phase III study enrolled 89 previously untreated adult CLL patients in five countries in Europe. More than 80 percent were men and the median age was 64 years.

Study participants received first-line chemoimmunotherapy, mostly using either fludarabine, cyclophosphamide and rituximab or bendamustine and rituximab. Fludarabine, cyclophosphamide and bendamustine are chemotherapy drugs. Rituximab (Rituxan and generic versions) is a monoclonal antibody that targets the CD20 protein on normal and cancerous B cells.

All the patients had at least a partial response to chemoimmunotherapy, but they were considered to be at high risk for disease progression, meaning they either had a high level of minimal residual disease (MRD) or an intermediate MRD level and their cancer had genetic characteristics that predict progression.

The participants were randomly assigned to receive Revlimid or a placebo. The Revlimid dose was ramped up slowly to minimize side effects. If treatment was well tolerated, it continued until disease progression occurred. Revlimid is a drug related to thalidomide that boosts immune function, inhibits cancer cell division and stops blood vessel growth. (Revlimid can cause birth defects like thalidomide, and it should not be used by women who could become pregnant.)

After a year and a half of follow-up, people taking Revlimid were significantly less likely to experience disease progression, meaning the difference was probably not attributable to chance. At one year, the progression free survival rate—meaning patients were still alive and their disease had not worsened—was 90 percent in the Revlimid group compared with 57 percent in the placebo group. At two years, the corresponding rates were 77 percent and 25 percent. The median duration of progression-free survival was 13.3 months in the placebo group but could not be calculated in the Revlimid group because a majority of those participants were still doing well.

This ongoing study also aims to evaluate overall survival—considered the gold standard for cancer drug trials—but this can take a long time if a treatment is working well. At the time of the report, there had been only three deaths (one in the Revlimid group and two in the placebo group), not enough to draw any statistically meaningful conclusions.

“In maintenance studies focusing on indolent tumors like chronic lymphocytic leukemia, effect on survival is hardly addressable because of the long follow-up needed and the puzzling effect of next treatments,” Davide Rossi of the Institute of Oncology Research and Adalgisa Condoluci of the Oncology Institute of Southern Switzerland wrote in an accompanying editorial.

“The toxicity seems to be acceptable considering the poor prognosis of the eligible patients,” the researchers concluded.

In addition to their findings related to the treatment, Fink’s team said the study also confirmed that the minimal residual disease algorithm did a good job predicting progression-free survival and could potentially be used to identify patients who would benefit from maintenance therapy and those who could skip follow-up treatment.

This study illustrates one of the perils of research in a fast-moving field like oncology: The state of the science may evolve faster than some clinical trials can be completed.

Since this study began, CLL treatment has shifted to targeted therapies that work against cancers with specific genetic mutations. These drugs interfere with signaling pathways involved in cell division and cell death, enabling cancer to grow and spread. Two kinase inhibitors, Imbruvica (ibrutinib) and Zydelig (idelalisib), and the BCL2 inhibitor Venclexta (venetoclax) are now approved for treatment of CLL.

“The clinical impact of this study might be limited due to the rapid change in chronic lymphocytic leukemia treatment options over the past five years,” the researchers acknowledged. But they suggested that Revlimid might still have a role as maintenance therapy for people first treated with these newer medications.

Rossi and Condoluci suggested that other immunotherapy drugs that don’t have to be ramped up slowly to avoid side effects might be a better option for maintenance therapy, possibly including checkpoint inhibitor drugs like Keytruda (pembrolizumab) and Opdivo (Nivolumab).

“This observation suggests that other immunomodulatory drugs that can be delivered immediately at the effective dosage should be explored as consolidation or maintenance strategies aimed at targeting minimal residual disease, and the class of immune checkpoint blockers offers this opportunity,” they wrote.