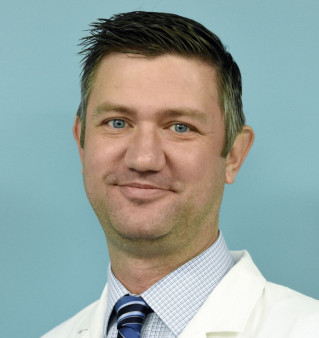 Doctors have used immunotherapy to treat a variety of cancers for almost five decades, and results continue to be encouraging.

Adam D. Lye, MD, an oncologist at the Norton Cancer Institute in Louisville, Kentucky, discusses the latest treatments for the second most common cancer in men and women.

How typical is it for people to be diagnosed with lung cancer at a later stage and why?

Probably about 75% of our patients are diagnosed with lung cancer at Stage III or IV, after it has spread beyond the lungs. But just like any other cancer, the earlier the stage, the better chance we have not only of curing the disease but controlling the disease. Unfortunately, with lung cancer, people don’t develop symptoms, such as pain, coughing up blood, significant weight loss or significant change in their breathing, until the later stages of the disease, which makes it harder to detect early.

What about screenings for lung cancer that can help to diagnose the illness at an earlier stage?

We’ve had screening now for a few years that has been approved. It starts at age 55 for many smokers, and it’s a low-dose, non-contrast CT scan. The people who are eligible can get screened once each year. This is a way to monitor their lungs over time and detect any early nodules or areas that are worrisome, which then can be followed closer or biopsied. Sometimes, the cancer can be resected, or surgically removed, if it’s particularly worrisome. Screening increases our chance of catching these patients and treating them at Stage I or II instead of at Stage III or IV.

What are the eligibility requirements for people to get that screening?

Basically, there are three requirements: Individuals must be age 55 to 80, and they have to have a 30-pack year smoking history. For instance, one pack per day of cigarettes for 30 years or two packs per day of cigarettes for 15 years would be 30 years, or that equivalent. They would also have to be active smokers or had quit smoking within the last 15 years. This means that a patient who quit 10 years ago is still eligible for five years of annual lung cancer screening. In addition, they also have to be asymptomatic. If they have symptoms—for example, if they’re coughing up blood—then they’d be given a different CT scan and would no longer qualify for a screening study.

What about people who don’t smoke and who weren’t exposed to secondhand smoke who wind up with lung cancer?

About 19 out of 20 lung cancers are associated with cigarette smoking, but that means that about  1 out of 20 are not. Those cancers can be genetic, so individuals can have a family history of cancer that predisposes them to the illness. I also think that it’s very likely these people experienced some kind of environmental exposure, whether to certain carcinogens or high exposures to radon or something in the environment that’s a threat.

What questions should individuals diagnosed with lung cancer ask about treatment options?

I think these days really knowing your cancer genetics or genomics is very important. Increasingly, we are trying to seek out and find what are known as driver mutations within the cancer. I often explain to my patients that there are two different sets of genetics. There are your individual genetics—what you were born with—and then there’s also your cancer’s genetics. The cancer’s genetics hold a lot of clues or possible hints about certain mutations for which we may have treatment. Over the last few years, there’s been a push for us to start looking for some of these rarer mutations with the thought that no two lung cancers are the same. The idea is that if we could find some driver mutations, we can tailor treatments for people based on their specific type of cancer.

A very important question for someone to ask their doctor, I think, is: Have we explored all of the genetics of my cancer? Some additional questions are: What treatment options are there and in what order would you use those treatment options? These are a couple of questions that if my patients aren’t asking me, then I make sure that I cover those when I meet them for the first time.

Typically, what factors do doctors take into consideration before they structure a treatment plan for someone with lung cancer?

When I think about particular treatment options for my patients, I consider what treatment options they’ll be able to tolerate. First, I want to pick a regimen that I think will give patients a good outcome. But it doesn’t make any sense for individuals to have a good outcome for two or three months and then have to completely abandon the treatment because it’s perhaps too toxic, or they can’t tolerate it. I really try to find a careful balance between what I think they could tolerate and what the clinical trial data show me would work and then also what has worked in my own practice.

That’s really the art of oncology, using all of those variables or factors to create a treatment regimen for each patient.

What’s the best way people can prepare themselves for lung cancer treatment—mentally, physically and emotionally?

I think having a good support system is always helpful, and having people around you who can help you both physically and mentally is very important. Also, staying active as much as you can is helpful. These treatments typically make patients feel fatigued. Luckily, that’s just for a few days with each treatment cycle.

Recently, a big analysis was published that showed if you could quit smoking at any point in your cancer diagnosis, you might be more likely to live longer. Of course, some patients who are smoking even after a cancer diagnosis may say, “What’s the point of quitting smoking now?” because they already have lung cancer. But I think that’s an important finding that we need to discuss. In addition, when people have a good diet—what we call a heart-healthy diet—this is helpful as well.

At what level of intensity should people with cancer exercise?

For a typical 21-day treatment cycle, which is pretty common for our regimens, I’d say probably three or four of those days my patients have experienced some pretty significant fatigue. I counsel them that on those days, they’re going to feel like their batteries are run-down. They’re going to need frequent recharging, so they’re going to have to rest and take it easy. But on the other days, my expectation is that they’re up, and they’re moving around as normal. In fact, if they could exercise a little and improve their stamina and exercise tolerance, then when they hit those three or four days when they feel tired, I’m hoping that the experience will be more mild, and they’re able to remain more active on the other days.

After lung cancer treatment, what can people expect in terms of regenerating lung capacity, and is there a way that people can strengthen their lungs to keep the organs healthy?

I think that depends on the treatment that they get. Certainly, if you’re going to have a lobectomy [removal of part of a lung] or a pneumonectomy [removal of one lung], that can, obviously, alter your lung function. Then, if you’re going to have radiation to the lung, sometimes the radiation fibrosis (a complication caused by radiation therapy that may occur weeks or years after treatment) can affect lung function. But even with those things being said, there’s certainly cardiopulmonary rehab they can do; there’s physical therapy they can do. If they become deconditioned during their treatment, there’s always a way that they can work to get some of that functionality back after the treatment is over.

One of your patients, Sanda Cohen, who is now doing well, experienced a significant amount of disease. Can you tell us about her case? (Click here to read Sanda’s story.)

She had a malignant pleural effusion—a buildup of fluid and cancer cells between the chest wall and the lung. She was in pretty bad shape. We ended up utilizing combined chemotherapy plus checkpoint inhibitor immunotherapy.

I really favor this approach for patients who are eligible for both because the chemotherapy portion of the treatment acts quickly. Sanda needed that rapid response to reduce the burden and volume of her disease. Then, after that was finished, that’s when I felt the immunotherapy was probably going to kick in to help not only to continue to reduce the volume of disease but also to stabilize her illness.

What I didn’t expect to happen was that she had such a marked and profound response. She really has had a complete radiographic response where, basically, none of her cancer appears viable at this time. However, that doesn’t mean that I think that her cancer is gone or cured, but I think that the reduction in volume is so significant that we can just continue her on maintenance immunotherapy, and she should have an excellent outcome.

Is there anything else you think is important to say about lung cancer and its treatments?

For example, I have patients who have low volume intracranial brain disease that we’ve treated who are alive years later now on immunotherapy, which is something that would have been unheard of just five years ago. Our treatments have come a long way, and these are patients who have excellent quality of life because they’re not continuing on chemotherapy until the wheels fall off. They’re on immunotherapy with a very high quality of life and doing quite well, oftentimes for multiple years after even a Stage IV cancer diagnosis.