We asked the experts what they think will be the next big breakthroughs.

Immunotherapy has brought about dramatic changes in oncology as treatment shifts from surgery, radiation and chemotherapy to precision targeted therapies and immunotherapies.

“Boosting your own immune system to fight cancer has revolutionized treatment,” says Lewis Lanier, PhD, of UCSF Helen Diller Family Comprehensive Cancer Center. “After years of basic research to discover how the immune system works, we can now use this knowledge to treat cancer—and we’re only in the beginning stages.” 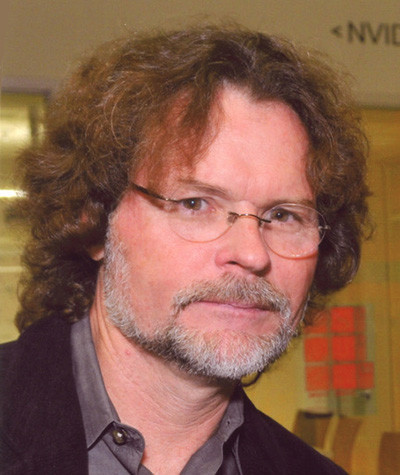 Today’s immunotherapies don’t work for everyone or for all types of cancer. Fewer than a dozen immune-based medications are currently approved. Across all cancers, checkpoint inhibitors work only about 25 percent of the time. And the current CAR-T therapies work only for blood cancers, like leukemia and lymphoma, not the common solid tumors responsible for most cancer deaths.

But there’s much more on the horizon, with over 1,000 studies testing combinations of immune-based therapies.

“We’re likely to see more response as we treat patients whose immune system is not so beaten up by chemotherapy and radiation,” predicts Jeffrey Bluestone, PhD, president and CEO of the Parker Institute for Cancer Immunotherapy. “I think in five years we’ll be seeing a great deal of success in solid tumors,” he says.

The immune system has evolved to detect and destroy abnormal cells, but cancer has devised ways of hiding from and turning off these immune responses.

T cells, especially the subset known as CD8 cytotoxic T lymphocytes, are the main soldiers in the fight. Immune checkpoints, like PD-1, act as a brake on T-cell activity—a safeguard against attacks on normal cells. Some cancers can hijack these proteins to disable immune responses; checkpoint blockers release the brakes.

But T cells need to be present in a tumor for this approach to work. Checkpoint inhibitors work best against “hot,” or inflamed, tumors that have many mutations and produce abnormal proteins, known as neoantigens, that attract T cells. Approved checkpoint blockers work well, for example, against melanoma, some lymphomas and some lung, bladder, kidney and liver tumors.

However, these drugs usually don’t work for “cold” tumors, which include most breast, prostate, pancreatic and brain cancers. This could happen because there aren’t enough T cells getting into the tumor, the cells are exhausted or something in the tumor microenvironment is suppressing their activity.

“Checkpoint blockade focuses on the tail end of the cancer immunity cycle—a lot of steps have to happen before T cells and tumor cells interact,” explains Heather McArthur, MD, MPH, of Cedars-Sinai Medical Center. “Many efforts are looking to alter not just the relevant immune cells but also the microenvironment in which those interactions are taking place.”

The old standbys chemotherapy and radiation play a new role in immunotherapy: improving treatment response by increasing tumor inflammation. And some targeted therapies, such as CDK4/CDK6 inhibitors and PARP inhibitors, appear to boost immune activity.

“We’re learning to use checkpoint inhibitors more effectively,” says Nora Disis, MD, of the University of Washington and Fred Hutchinson Cancer Research Center. “Colder tumors may show a response if we use these drugs up front, in the neoadjuvant setting, treating cancer before it’s had a chance to develop a lot of genetic alterations that make it resistant to immune attack.” 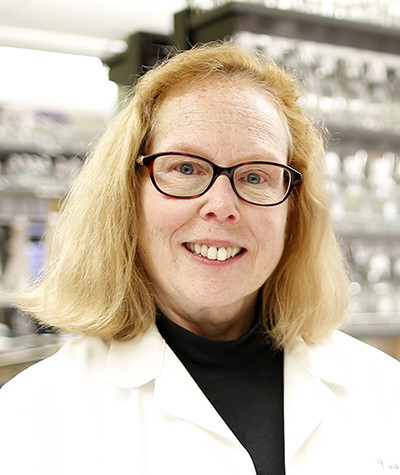 The I-SPY 2 trial found that women with advanced breast cancer who received Keytruda plus chemotherapy prior to surgery had a complete response rate of 60 percent, compared with 20 percent for those who used chemotherapy alone. Another study showed that while the PD-L1 checkpoint inhibitor Tecentriq (atezolizumab) shrank breast tumors in 7 percent of previously treated women, the response rate rose to 26 percent for those being treated for the first time.

Disis was part of a team that analyzed over 10,000 tumors from 33 types of cancer, leading to the identification of six distinct immune subtypes.

“One tumor subtype has all the right things going on. Across every type of cancer, if you have that immune genotype, you will do well. Another subtype is immunologically silent,” she says. “Now we’re moving to a point where we’re better able to figure out which combination of immune-based therapies we could use for your tumor type.”

One tumor subtype was rich in transforming growth factor beta (TGF-b), a cytokine that inhibits killer T cells and is associated with cancer progression.

“There are many negative regulatory factors in the tumor microenvironment, and just getting the T cells there may not be enough,” says James Gulley, MD, PhD, chief of the Genitourinary Malignancies Branch at the National Cancer Institute. “With all the roles it can play biologically, if you decrease TGF-b, you may make it easier for immune cells to do their job.” 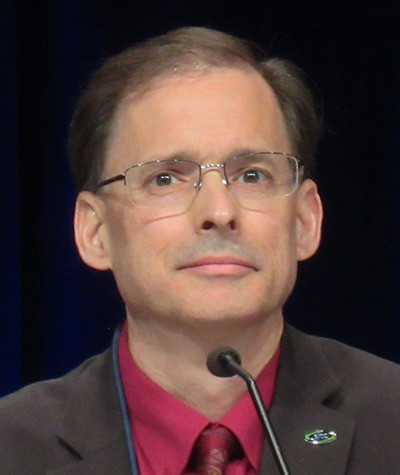 Gulley’s team is studying an experimental drug, M7824, that combines a monoclonal antibody against PD-L1 with a trap that vacuums up TGF-b. In a small study, 5 of 12 people with human papillomavirus–positive cancers experienced tumor shrinkage. One woman with metastatic cervical cancer had a complete response that has lasted two years so far. The drug may be even more effective when combined with checkpoint blockers.

Changing the gut microbiome, or ecosystem of intestinal microbes, can also affect response to immunotherapy.

Jennifer Wargo, MD, of MD Anderson Cancer Center, and her group found that people who respond well to checkpoint blockers have different types and greater diversity of gut bacteria. If patients have a favorable gut microbiome, they have more favorable T cells in their tumors. What’s more, fecal microbiota transplants from human responders led to slower tumor growth in mice. 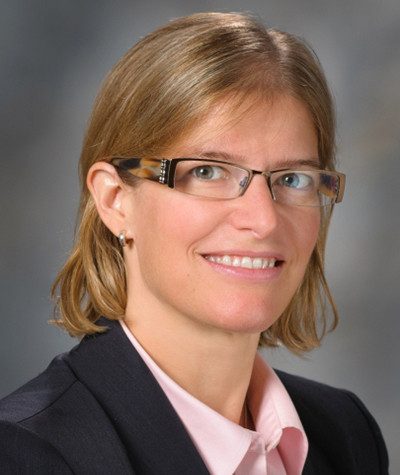 “Can profiling the gut microbiome of patients going on immunotherapy give us insight into the likelihood of response? And can we change the microbiome to enhance responses?” Wargo asks. “Gut biomarkers could be really useful in the era of precision medicine.”

Although adoptive cell transfer approaches have been studied for decades, they have only recently become ready for prime time. The trick is to get naturally occurring or genetically engineered T cells—and potentially other types of immune cells—to recognize and attack cancer without also harming healthy cells.

Steven Rosenberg, MD, PhD, chief of the Surgery Branch at the National Cancer Institute, pioneered the use of tumor-infiltrating lymphocytes (TILs), white blood cells collected from tumors that already know how to recognize and attack the cancer. 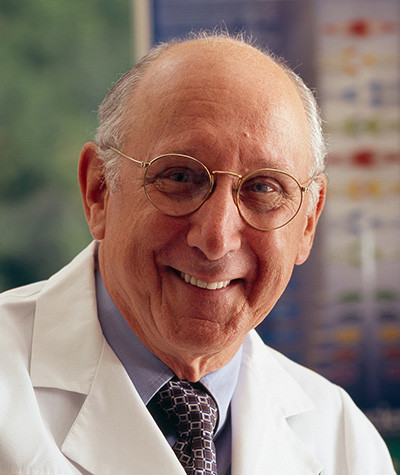 In this procedure, immune cells are harvested from a removed tumor or biopsy sample. The cells with the strongest antitumor activity are selected, multiplied and returned to the patient.

In clinical trials, TILs have worked well for melanoma, with response rates exceeding 50 percent—though durable response rates are lower. Some responders have been in remission for years (Click here to read “A Melanoma Diary”). The TIL therapy furthest along in commercial development could hit the market in 2019.

Under normal circumstances, TILs don’t eliminate cancer in most people. In particular, they’re not very effective against cancers of the breast, prostate or digestive tract. But better target selection might improve responses.

Rosenberg’s group recently reported that carefully selected TILs led to complete regression of metastatic breast cancer in a woman who didn’t respond to prior treatments.

The researchers found more than 60 mutations in the woman’s tumor that were not present in normal cells and identified four TILs that recognized the mutated proteins. These were multiplied and reinfused along with the T-cell-stimulating cytokine interleukin-2 and Keytruda. The woman’s cancer disappeared completely and has not returned two years later.

“It is ironic that the very mutations that cause the cancer may prove to be the best targets to treat the cancer,” Rosenberg says.

If checkpoint blockers work by taking the brakes off T cells, cancer vaccines are more like stepping on the accelerator. Therapeutic cancer vaccines generally train the immune system to recognize antigens commonly found on tumors, but personalized vaccines can be designed to target an individual’s specific tumor neoantigens.

The only approved cancer vaccine, Provenge, is created from antigen-presenting dendritic cells. A patient’s cells are exposed in the lab to prostatic acid phosphatase and returned to the body to trigger a T-cell attack. An experimental breast cancer vaccine takes a similar approach, helping T cells learn to recognize and attack HER2.

These general vaccines are moderately effective, but personalized vaccines like NeoVax appear more promising. In fact, there’s no clear line between individualized vaccines and an approach like Rosenberg’s that selects and strengthens T cells that recognize and attack specific cancer neoantigens.

A related method, chimeric antigen receptor T-cell therapy, or CAR-T, engineers T cells to express artificial receptors that are better at binding to cancer cells. The first child with leukemia treated with CAR-T therapy in a trial led by Carl June, MD, director of the Center for Cellular Immunotherapy at the University of Pennsylvania Abramson Cancer Center, has now been cancer-free for more than six years; the response rate for children with her type of cancer is around 80 percent. (Click here to learn more about CAR-T therapy and here to read about Emily Whitehead’s cure.) 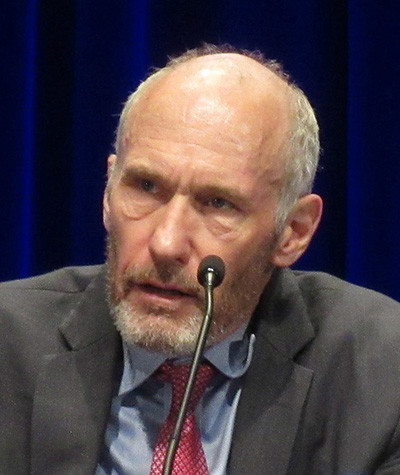 One limitation of existing CAR-T therapies is that they recognize antigens only on the surface of cancer cells, so they work best against blood cancers rather than solid tumors. And cancer can become resistant to CAR-T cells that carry a single synthetic receptor.

Kymriah and Yescarta, the two approved CAR-T therapies, bind to the CD19 protein on B cells. Dubbed tanCARs, tandem therapies carrying two receptors make it twice as hard for cancer to evade treatment. Kristen Fousek, PhD, of Baylor College of Medicine, and colleagues have even developed a triCAR that targets CD19, CD20 and CD21, forcing leukemia to overcome a three-pronged attack in order to develop resistance.

Usually, viruses are used to modify cancer-fighting T cells, which can be a slow and expensive process. Alex Marson, MD, PhD, of UCSF, and colleagues recently reported that they used CRISPR gene-editing technology to achieve the same end. In a lab study, they showed that CRISPR-engineered T cells could recognize and respond to human melanoma tumors implanted in mice. “This has the potential to make it much faster and less expensive to produce CAR-T and cell therapies,” Bluestone says.

Creating a customized living drug for each patient is labor-intensive and costly; ultimately, researchers hope to create off-the shelf therapies that don’t require modifying cells from individual patients but can instead be produced using T cells from healthy donors or newborn cord blood. The main barrier is that normal donor T cells recognize the recipient’s tissue as foreign and attack it, causing graft-versus-host disease. But gene editing to alter T-cell receptors can prevent this.

Although T cells are the usual raw material for engineered cancer fighters, researchers are also exploring natural killer (NK) cells. CAR-NK cells may not persist long-term like CAR-T cells, but they have the advantage of not attacking the recipient.

“While current immunotherapy strategies have focused almost exclusively on engaging CD8 cytotoxic T cells, better results will likely be achieved by bringing the entire immune team into play, as occurs during infections with viruses and bacteria,” Lanier predicts.

“I think the most promising new thrust is the development of combination immunotherapies and targeted therapies—for example, CAR-T cells combined with checkpoint inhibitors or oncolytic viruses or NK cells,” June says. “The other main issue will be learning when immunotherapy can be used in frontline indications rather than being reserved for salvage strategies.”

But this means more clinical trials and the need for many more trial participants. Currently, only around 5 percent of people with cancer join these studies.

“We need patients to help us by enrolling in clinical trials,” says Disis. “The quicker we can finish these studies, the faster we can get new immunotherapies to become the standard of care.”