Debbie Rhea, 68, caught her lung cancer early, but it kept coming back after successive rounds of surgery and chemotherapy. Then she found a treatment that worked—and it wasn’t even developed for lung cancer.

Rhea’s oncologist had learned about Rozlytrek (entrectinib), an experimental drug that was showing good results for people with a variety of cancer types that share an uncommon genetic mutation. Rhea was one of the lucky ones—her cancer tested positive for the mutation, and she joined a clinical trial in August 2016.

“With each scan, we’d see a little shrinkage, and within the first year, the cancer was completely gone,” she says. “We’re all hoping it’s going to continue to work for me.” 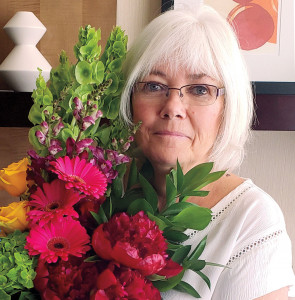 Three years later, this past August, Rozlytrek was approved by the Food and Drug Administration (FDA) as part of a new paradigm of cancer treatment.

Oncology medications have traditionally been developed for cancer in a specific part of the body. Medications for lung, breast, colon and other cancers have been tested in separate clinical trials and evaluated by the FDA for one indication at a time.

But that’s changing. Site-agnostic therapies—also known as tumor-agnostic or pancancer therapies—treat cancers with specific genetic characteristics regardless of where they occur in the body.

This new approach arises from a better understanding of the molecular biology of cancer. Since the late 1990s, targeted therapies have been designed to home in on genetic characteristics that spur the growth of specific malignancies. But it’s increasingly clear that seemingly unrelated cancers in different parts of the body may share the same triggers.

“The whole idea is that tumor biology is far more important than where the cancer arises,” says Robert Doebele, MD, PhD, of the University of Colorado, one of the researchers who studied Rozlytek. “If we understand a target and find a drug that will work, we don’t have to follow the old paradigm of Phase I, II and III trials for each cancer type.” 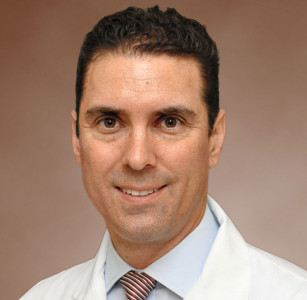 The first drug approved as a pancancer therapy was the checkpoint inhibitor Keytruda (pembrolizumab)—and that happened by chance.

After Keytruda and a similar immunotherapy, Opdivo (nivolumab), were already approved for several different types of cancer, scientists discovered that they are particularly effective against colon tumors with high microsatellite instability (MSI-high). These cancerous cells are unable to fix DNA damage and often have many mutations. In May 2017, the FDA approved Keytruda for MSI-high cancers anywhere in the body.

More recently, new drugs have been designed from scratch to treat cancer wherever it occurs.

The first, Vitrakvi (larotrectinib), is a TRK inhibitor that blocks proteins arising from gene fusions that act as an ignition switch for tumor growth.

Vitrakvi was tested in three basket trials—studies that include people with different cancer types that share a genetic characteristic—that together enrolled 43 adults and 12 children with 17 types of inoperable tumors. Because TRK fusions are so rare, the studies drew participants from around the world. In 2017, researchers reported that 75% of the participants experienced complete or partial tumor regression; some saw their tumors shrink enough that they could be cured with surgery. Vitrakvi was approved in November 2018.

Rozlytrek, the drug Rhea used, targets TRK fusions too, but it also works against ROS1 and ALK alterations, which are found in a small proportion of non-small-cell lung cancers.

An analysis of three trials, which together included 54 adults with 10 types of advanced cancer with TRK fusions, showed an overall response rate of 57%, with some achieving complete remission. What’s more, the drug was highly active against cancer that had spread to the brain. Another study showed that Rozlytrek led to rapid and durable responses in children and adolescents.

RET is another promising target found in many types of cancer. In 2019, researchers reported early study results showing that the experimental drug BLU-667 shrank tumors in nearly 60% of people with advanced lung cancer, medullary thyroid cancer, pancreatic cancer and bile duct cancer with RET fusions or mutations. Another investigational RET inhibitor, selpercatinib, yielded response rates of 68% for people with previously treated lung cancer and 56% for those with thyroid cancer.

Because they attack specific mutations in cancer cells, narrowly targeted drugs like these cause less harm to normal cells than chemotherapy. They were generally well tolerated in studies, with few participants experiencing severe side effects or dropping out for this reason.

In addition to medications designed as site-agnostic therapies, next-generation sequencing—which can test for hundreds of mutations at once—has revealed that some well-known targets are present in multiple types of cancer. For instance, HER2, which occurs in about 20% of breast cancers, is also present in a smaller proportion of stomach, bladder, colorectal and other cancers.

This means targeted therapies developed for specific cancers—such as EGFR inhibitors for lung cancer or BRAF inhibitors for melanoma—may, in fact, have pancancer potential. For example, PARP inhibitors, which are approved for BRCA-related breast and ovarian cancer, have shown promise for treating prostate cancer and perhaps lung cancer as well.

But the pancancer principle is not universally applicable. In some cases, cancers with the same mutations in different parts of the body respond very differently to targeted therapies, and researchers do not fully understand why.

To Test or Not to Test?

Site-agnostic therapies offer benefits for people with uncommon cancers that don’t have their own clinical trials as well as for children, for whom drug development lags years behind adults.

“These approvals allow faster access for patients with unmet medical need—life-threatening cancers—for which separate development programs in each tumor type may have taken many years or decades given the rarity of these molecular abnormalities,” says Steven Lemery, MD, of the FDA’s Office of Hematology and Oncology Products.

But the new paradigm presents some challenges for researchers and regulators. Basket trials can save time and money, but it can be hard to find enough people with rare mutations to fill studies large enough to show statistically significant results.

TRK fusions, for example, are found in only around 1% of all malignancies, RET gene alterations occur in around 1% to 2% of lung cancer cases and an estimated 4% of solid tumors are MSI-high.

But researchers are hard at work searching for more common targets. One of these is KRAS, which, along with its siblings HRAS and NRAS, is altered in nearly a third of all malignancies (see “Expanding the Net to Catch More Cancer”).

A growing number of experts think most people with advanced cancer should undergo tumor genetic testing to determine whether they could benefit from new site-agnostic drugs or repurposed older targeted therapies.

“My message to patients is to ask their doctors to do the testing,” Doebele says. “Even if it’s just a 1 in 100 chance, it’s so meaningful for that patient in terms of effectiveness, tolerability and survival that I think it’s worth it.”

In the past, oncologists tested for recognized genetic alterations one at a time. Next-generation sequencing makes it possible to search for many mutations in a single tumor biopsy sample, and soon this may be done using blood samples. But it currently comes at a steep price—nearly $6,000, which insurance might not cover.

“Without next-generation sequencing, patients with advanced cancer are doomed to take old-style chemotherapy,” says retired oncologist, breast cancer survivor and patient advocate Elaine Schattner, MD. “If you’ve got terminal cancer and want treatment, your doctor has a responsibility to look for changes in your tumor that could inform treatment, and insurers have an obligation to pay for these diagnostic tests.”

Given its cost and the small proportion of patients who stand to benefit, widespread genetic testing remains controversial. In fact, some skeptics think the precision oncology hype is overblown.

Based on a retrospective analysis of more than 600,000 cancer patients, Vinay Prasad, MD, MPH, of Oregon Health and Science University, estimated that only 8% were eligible for existing targeted therapies. He is concerned that widespread genetic testing could encourage doctors to prescribe drugs that target specific mutations but that have not been shown to provide clinical benefits—such as longer survival—in controlled trials.

Yet the proportion of people who could potentially benefit from personalized targeted therapy is rising as new targets are discovered and new drugs are developed. One recent study of more than 6,000 people with advanced cancer found that 23% could be matched to existing targeted medications—in many cases, drugs approved for a different type of cancer. But the proportion with potentially actionable gene alterations rose to 47% when experimental targets such as KRAS were included.

Although the percentages may still be small, site-agnostic therapies can make all the difference for those fortunate enough to have the right mutations.

“Without genetic testing, I never would have known,” Rhea says of the test showing that she was eligible for Rozlytrek. “It’s so important to have an oncologist who’s aware of drugs and trials that you could benefit from. This treatment saved my life.”