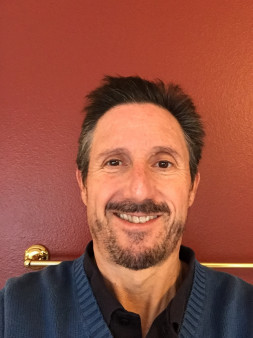 Mark Hoffman, 57, who has chronic lymphocytic leukemia, learned how to ask a question that may have saved his life.

Like many people, I have struggled at times to find the correct path to take, to find the correct answer at the right time. When it came to my treatment of my chronic lymphocytic leukemia (CLL), I was fortunate to have found the option that may have saved my life.

When I received my initial diagnosis, the local community hematologist/oncologist said he puts every patient with this diagnosis on six months of “watch and wait,” followed by a standard combination of three chemotherapy drugs.

If I continued down that path, I would not be where I am today.

I owe a great deal to my doctors at the University of California San Diego (UCSD), to the CLL Society—a patient-centered nonprofit organization that offers support and physician-curated content—and to my UCSD support group. Together, they educated me on the essential need to get my genetics tested before starting treatment. Indeed, “Test before treat” is the motto of the CLL Society!

With this knowledge, I spoke up to my oncologist/hematologist, who was encouraging me to proceed with chemotherapy. I advocated, instead, for having my cytogenetics—a kind of genetics that focuses on how chromosomes behave—checked first.

His response was alarming: “Oh, yeah, we forgot to do that.”

When my genetics were finally analyzed, it turned out I was 17p deleted. This meant that the chemotherapy regimen could have been deadly to me.

Many chemotherapy drugs, including those prescribed to me, work by activating the TP53 gene inside the 17p chromosome, which kills the cancer cells. But in some people, including me, the 17p arm of the chromosome is missing. So the cancer cells would not die but instead continue on strong, while the rest of my body would still undergo the harsh effects of chemo.

Fortunately, due to my self-advocacy, I avoided this fate. With the help of my support groups and cancer education, I have found a more favorable path.

I was diagnosed in January 2016. With genetic testing, I also learned that my CLL cells were unmutated, which means they were particularly aggressive. I progressed quickly and needed treatment by the end of 2016.

After much research and second and even third opinions, I found the Captivate trial, which is testing a combination of two targeted drugs, a BTK inhibitor and a Bcl-2 blocker. These targeted therapy agents block key pathways that the CLL cells depend on to survive.

I entered the trial in November, 2016, but it wasn’t until January, 2017, that it actually began, and in that time, my lymph nodes in my neck got very large. My cancer was progressing rapidly.

The combination treatment appears to be working very well. After 15 months, I got to the point where CLL cells can no longer be detected in my blood, a state called undetectable minimal residual disease, aka remission.

I have been in remission now for over three years! I have been able to live a very normal life. Learning to know yourself is important for everyone, but if you have cancer, knowing your genes can save your life.

To read more on CLL, see A Cancer You Can’t Cut Out, A Leukemia Diary: Brian Koffman, MD, and the essays What I Eat and Shakespeare, Meet Leukemia.