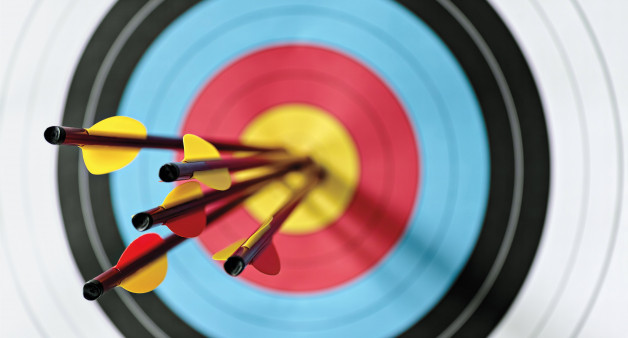 MRTX849 shrank tumors in half of lung cancer patients with a common but difficult to target mutation.

An experimental therapy that targets mutated KRAS proteins showed promising activity in an early study of people with lung, colon or appendix cancer, researchers reported this week at the International Conference on Molecular Targets and Cancer Therapeutics, jointly sponsored by the American Association for Cancer Research (AACR), the National Cancer Institute and the European Organization for Research and Treatment of Cancer.

Results from the small study showed that half of evaluable lung cancer patients treated with MRTX849, from Mirati Therapeutics, experienced tumor shrinkage, rising to 60% of those who received the optimal dose.

These findings have been highly anticipated since researchers reported results from a study of the first investigational KRAS therapy, Amgen’s AMG 510, at the American Society of Clinical Oncology annual meeting in June. The new results reveal that the two drugs appear to be comparably effective and well tolerated.

The KRAS gene encodes instructions for making a protein (also called KRAS) that is part of cell growth signaling pathways. KRAS gene mutations—the most common cancer-causing gene alterations—lead to the production of abnormal proteins that allow cancer cells to grow out of control. Researchers have been trying to target KRAS for three decades, but the mutant protein’s spherical shape has made this difficult—some experts even called it undruggable. But a breakthrough finally came this year.

At this week’s conference, Pasi Jänne, MD, PhD, of Dana-Farber Cancer Institute, presented findings from a Phase I/II study of MRTX849 in people with solid tumors that carry a mutation known as KRAS G12C. This mutation occurs in about 14% of people with non-small-cell lung cancer (NSCLC), about 4% of those with colorectal cancer and at low rates in various other cancer types, according to a Mirati press release. Preclinical laboratory data were published simultaneously in the AACR journal Cancer Discovery.

The study has so far enrolled 17 participants, including 10 with non-small-cell lung cancer, four with colorectal cancer and two with appendix cancer. They all had metastatic disease with no other available treatment options; however, their cancer had not yet spread to the brain.

Study participants started taking MRTX849 at a dose of 150 milligras by mouth twice daily; the dose was then escalated up to 300 mg, 600 mg and 1,200 mg daily. The maximum tolerated dose was not reached, but the researchers selected a 600 mg dose for further evaluation based on its balance of activity, tolerability and pill burden.

Among the 12 participants who could be evaluated to date, three out of six lung cancer patients (50%) and one out of four with colorectal cancer (25%) experienced partial tumor shrinkage according to scans. Two people with appendix cancer did not achieve tumor regression, resulting in a combined overall response rate of 33%. However, all eight participants who did not see their tumors shrink had stable disease, meaning their cancer did not worsen. At the time of the data cutoff, duration of response ranged from seven to 39 weeks, with some patients still responding.

Among the nine participants who received the selected 600 mg dose, three out of five lung cancer patients (60%), one out of two with colorectal cancer (50%) and neither of those with appendix cancer had partial responses, yielding an overall response rate of 44% for that dose. Although not everyone who received the 600 mg dose responded, all those who did respond were taking that dose.

Treatment with MRTX846 was generally safe and well tolerated. The most common side effects were diarrhea, nausea, vomiting and elevated liver enzymes, mostly mild or moderate. Three severe adverse events were reported (fatigue, decreased appetite and shortness of breath). One person taking the 600 mg dose had an isolated high amylase/lipase enzyme level. Another taking the 1,200 mg dose stopped treatment because of the high pill burden—12 capsules a day.

These results are remarkably similar to those previously presented for AMG 510. At the World Conference on Lung Cancer in September, researchers reported that 11 out of 23 Phase I/II study participants with advanced NSCLC (48%) experienced tumor shrinkage, while another 11 had stable disease and one had disease progression; the overall response rate rose to 54% among those who received the optimal dose of 960 mg once daily.

The initial enthusiasm about these findings was tempered, however, by a presentation at the European Society for Medical Oncology Congress earlier this month, which showed that just one of 12 colorectal cancer patients (8%) treated with the selected dose experienced tumor regression while 10 had stable disease. One of the two participants with appendix cancer responded. AMG 510, too, was safe and well tolerated with comparable side effects.

Cancer experts—as well as financial analysts—were eager to see the MRTX849 data, giving it the lion’s share of attention at this week’s meeting. Taken together, the two experimental therapies appear to lead to tumor shrinkage in about half of people with lung cancer and a low proportion of those with colorectal or appendix cancer, with most of the rest having stable disease.

While these response rates are modest compared with those of some other narrowly targeted therapies, the new medications—if they continue to show good outcomes, including improved survival, in larger studies—could end up helping more people. The site-agnostic therapy Vitrakvi (larotrectinib), for example, yielded an overall response rate of 75% in people with a variety of cancers with TRK fusions, but that genetic alteration occurs in only about 1% of all cancers.

“KRAS mutations are the most common oncogenic alteration in all of human cancers and as such, finding a therapeutic approach for this subset of cancer would have tremendous clinical impact for cancer patients,” Jänne said in an AACR press release. “KRAS-mutant lung cancer accounts for more patients in the United States than those with EGFR mutations and ALK rearrangements combined. If the early findings with MRTX849 continue to hold true in larger patient populations, it will impact a significant fraction of lung cancer patients.”