Will Smith after his first colonoscopy on August 21. Youtube/Will Smith

Doctors discovered a polyp that had to be removed and tested for cancer.

A month before his 51st birthday, actor Will Smith underwent his first colonoscopy—an exam conducted to detect abnormalities and disease, such as colorectal cancer, in the large intestine (colon) and rectum. What’s more, the megastar, who has taken social media by storm, decided to vlog his experience. He posted the video November 6, and in less than two weeks, it has already garnered over 2 million views—that’s a lot of colorectal cancer awareness!

Smith met with his doctor, Ala Stanford, MD, before his procedure to discuss the logistics and prepare for C-Day, as he called it. On August 21, the day of his colonoscopy, he woke up super early and discussed his diet for the past 24 hours, which he said consisted of clear liquids and over-the-counter laxatives. 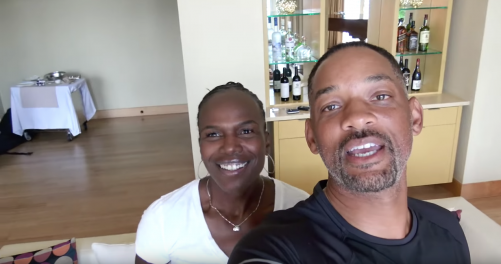 Will Smith and his doctor, Ala Stanford, MDYouTube/Will Smith

When he arrived at the hospital, Smith was told he couldn’t drive or make any important decisions because he would be recovering from being put under anesthesia. The recovery alone would take about an hour.

He was wheeled into the procedure room, where his colonoscopy lasted several hours. “The prep wasn’t as good as we would have liked,” said the doctor who performed it. “There was still some solid stuff in there, but we were able to ensure that there is nothing of significance.”

Days passed before Smith received his results from Stanford. Via FaceTime, she described exactly what happened during his procedure before revealing that a polyp (a small clump of cells) was discovered in the largest part of his colon. That polyp was removed and sent to a lab.

“Results came back that it was a tubular adenoma, which is precancer tissue,” Stanford explained. “So 95% of colon cancers arise from that type of polyp that was in your colon.” But Stanford said there were no complications as a result of the polyp.

Had Smith not gone for his colonoscopy, Stanford said, the polyp would have continued to grow. Instead of getting a screening every 10 years, which is recommended for people who have a colonoscopy that doesn’t find anything, Smith needs do another screening in the next two to three years. Stanford expressed the importance of screening and early detection in saving lives.

“[For] African-American men in particular, the right colon is where cancers hide because it’s the biggest part,” she said. “Things get stuck in little crevices. Yours was on a side that would have been more advanced. You would have had fewer typical symptoms. By the time you present it, it could be full-blown and spread throughout your body.” 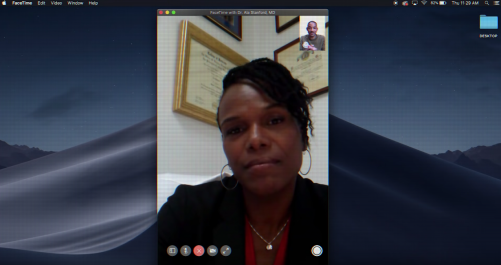 Ala Standford, MD, and Will Smith discuss his colonoscopy results.YouTube/Will Smith

For Smith, the results were not what he expected. But the experience may have saved his life.

“When I decided I wanted to shoot this as a vlog, it was a much more, ‘Hey, this will be cool. This will be fun,’” he said. “I didn’t realize that there would be a precancerous polyp that would get found. It’s important to me to be able to share this so that other people can become compliant patients to stay healthy and happy to have all the glorious years we could possibly have.”

According to the American Cancer Society (ACS), colorectal cancer is the third most common cancer diagnosed in both men and women in the United States (excluding skin cancers), and it is the third leading cause of cancer-related deaths in men and women. In fact, about 145,600 people will be diagnosed with colorectal cancers in 2019, the ACS estimated. Health experts recommend that people begin getting colorectal cancer screenings at age 45. (Note that this has changed from the previous endorsement, which was to start at 50 years old.)

For similar coverage, click here to read about Jimmy Kimmel and his first colonoscopy.