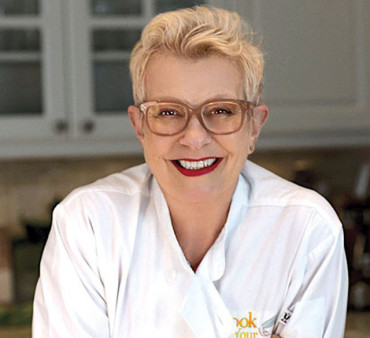 Ann Ogden Gaffney Courtesy of Cook for your Life

Ann Ogden Gaffney never set out to launch a cooking website for people living with cancer.

In 2005, she was diagnosed with triple-negative breast cancer—she’d already recovered from kidney cancer a few years earlier—and found that the chemotherapy was messing with her stomach and taste buds. Her love for cooking—a passion strengthened during 12 years living in France—helped. “Having this ease with cooking was helping me get through my treatment,” she says.

She shared tips and recipes with members of her cancer support group who were also struggling with side effects, such as nausea, gastrointestinal upsets, sore mouth, difficulty swallowing and fatigue. Before too long, she started teaching them cooking classes. Many of them could “barely boil an egg,” she says. “So when the nutritionist says, ‘You should eat more leafy greens,’ they couldn’t make it work at all. My classes helped them bridge the gap.”

Gaffney started a nonprofit, working with local hospitals and cancer organizations. To reach low-income Latinas recovering from breast cancer, she sought out Spanish-speaking chefs to run classes. In 2009, she collaborated with Columbia University epidemiologist and naturopathic doctor Heather Greenlee, ND, PhD, to develop the nine-week program ¡Cocinar Para Su Salud! A year later, women who had participated in the program were still eating more fruits and vegetables and showed biomarkers linked to reduced risk of recurrence. 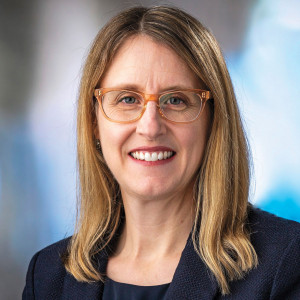 Heather Greenlee, ND, PhDCourtesy of Cook for your Life

CookforYourLife.org launched in 2012 and later became bilingual in English and Spanish. The site features plan-ahead meals so there’s good food when you’re tired, bland but delicious foods for unsettled stomachs and smoothies to ease sore mouths. Mostly, though, it showcases mouthwatering, easy-to-follow recipes for such main dishes as whole pomegranate glazed chicken, fish in papillote with ginger and coconut, and fennel and white bean soup as well as recipes for sides and appetizers, including salsa verde, sweet potato hummus and whole wheat Irish soda bread. Dessert recipes include chocolate-dipped fruit, super-simple gelato, cherry pecan dark chocolate brownies and honey cake. Says Greenlee, “We support a plant-based diet with lots of fruits and vegetables, whole grains, lean meats, fewer calories, not a lot of processed foods.” In 2016, Gaffney’s Cook for Your Life cookbook was nominated for a James Beard Award. 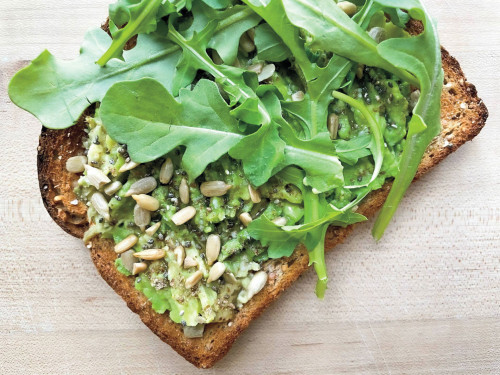 Recipe: avocado toast with sunflower seeds.Courtesy of Cook for your Life 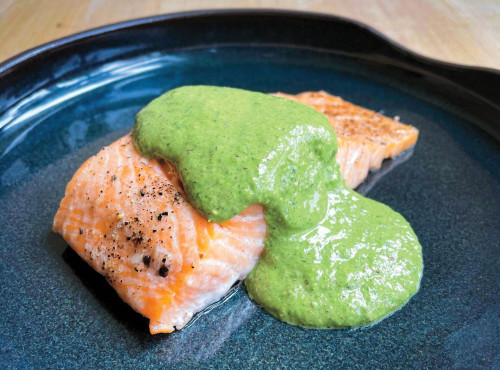 Recipe: roast salmon with walnut-flaxseed pesto.Courtesy of Cook for your Life

By 2018, though, Greenlee had moved to the Fred Hutchinson Cancer Research Center in Seattle, and Gaffney was ready to retire—she felt she’d taken the site as far as she could. Greenlee convinced Fred Hutch to acquire the site in 2019; it was relaunched in December 2020.

The new website features a blog, videos and information on eating well for prevention, treatment and survivorship. All content has been reviewed by an oncology-trained dietitian. You can search recipes by meal type, preparation method, health concerns (high-protein, low-fiber, easy-to-swallow, nausea, fatigue) and dietary preferences, such as Mediterranean or vegetarian. Greenlee and Gaffney, who remains involved, aim to help more people eat well, regardless of where they are on their cancer journey. Says Gaffney, “I’m thrilled about where it’s going.” 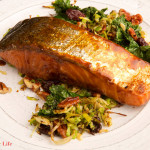