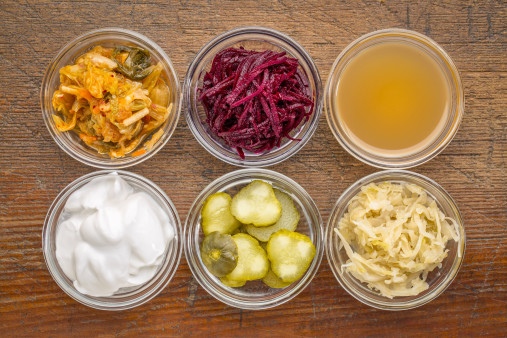 Gut microbial diversity is associated with better outcomes in people with metastatic kidney cancer receiving immunotherapy, according to findings reported in European Urology.

“The results from our study build on earlier findings and reaffirm that the diversity and composition of patients’ microbiomes are associated with clinical responses to anticancer therapies," study coauthor Nicholas Salgia, of the City of Hope Comprehensive Cancer Center in Duarte, California, said in a press release.

Composed of numerous bacteria and viruses, the microbiome in the gastrointestinal tract is increasingly linked to health and disease as well as response to treatment. Earlier studies have highlighted links between the gut microbiome and pancreatic cancer and melanoma. Preclinical and early clinical research has implied a connection between the gut microbiome and response to immunotherapy in people with solid cancers such as metastatic renal cell carcinoma, the most common type of kidney cancer.

The research team studied the makeup of the gut microbiome in people undergoing immunotherapy for renal cell carcinoma, noting changes in the composition of their microbiome as a result of PD-1 immune checkpoint inhibitor treatment. PD-1, a receptor on T cells that regulates immunity, can sometimes be commandeered by a tumor to turn off immune responses. Drugs that block PD-1 can release the brakes and restore T-cell activity.

Between February 2017 and May 2019, the researchers studied 31 people with metastatic kidney cancer who were treated with an immune checkpoint inhibitor. About 77% of the group received Opdivo (nivolumab), and the remaining 23% received Opdivo in combination with Yervoy (ipilimumab); 58% benefited from the treatment.

The team collected stool samples from the group at three different phases: before beginning treatment, and four and 12 weeks into therapy. Thus the team was able to classify and compare microbiome composition at three points during therapy. The participants were instructed not to consume any yogurt or other sources of supplemental probiotics.

The researchers found that greater diversity in the gut microbiome was linked to better outcomes with checkpoint inhibitor therapy.

“The patients with the highest benefit from cancer treatment were those with more microbial diversity but also those with a higher abundance of a specific bacterium known as Akkermansia muciniphila,” coauthor Sarah Highlander, PhD, of the Translational Genomics Research Institute in Phoenix, said in the press release.

On the other hand, levels of A. muciniphila dropped in individuals who did not benefit from immunotherapy. The researchers suggest that modulating the gut microbiome during immunotherapy might have an impact on outcomes.

Researchers at City of Hope are now conducting a clinical trial in which participants are given a probiotic supplement together with an immunotherapy. They are looking to further elucidate the effect of manipulating the microbiome on treatment outcomes.

Click here to read the study abstract in European Urology.

Click here to read about the link between the microbiome and cancer immunotherapy.