When race car driver Jarett Andretti, 28, was a kid, his mom hoped he wouldn’t go into the family business. His dad was John Andretti; his great-uncle was Mario Andretti. It’s a great family business, except for the possibility of bursting into flames during regular working hours. “I played soccer, and she was happy about that,” he recalls. “She took me to lots of museums.” She was hoping, he said, that he would gravitate toward “one of those stable jobs that moms love you to have.”

No such luck. By 17, Andretti was driving go-karts and then midgets, sprint cars, supermodified cars, sports cars and prototypes. His dad, the celebrated and beloved racer John Andretti, coached him every step of the way. “He taught me so much,” says Jarett. They toured together. “He lived with me six months of the year, eating breakfast and lunch and dinner together. I always watched him prepare for races. He said, ‘When you race, you have to be smart and aggressive.’ That’s the way he lived his life.” 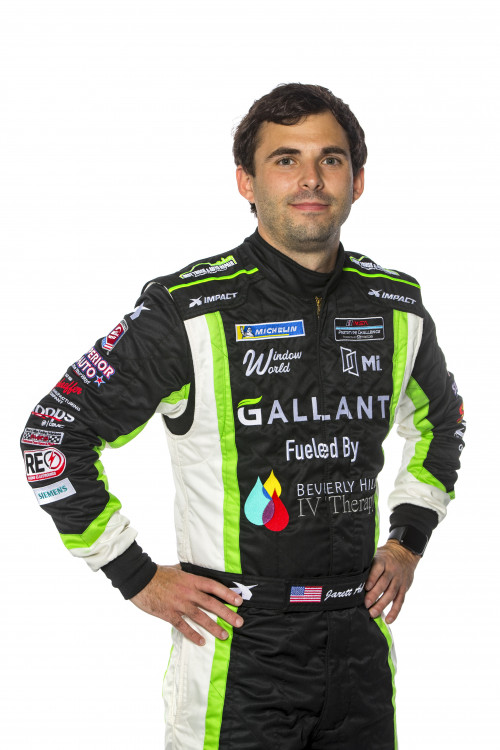 So it hit Jarett hard when his dad had a colonoscopy and was diagnosed with advanced colon cancer in 2017. John Andretti died, almost exactly three years to the day, on January 20, 2020. “It was Stage III when he was first diagnosed, and then it became Stage IV. If it had been caught earlier, it might have stayed contained and he could have had surgery.” His dad wanted to use his misfortune to educate others. “He didn’t want it to happen to someone else—he felt it should have been prevented. He wanted to use his platform to help other people from going through what he went through.”

So while his dad was alive, John Andretti launched a social media campaign, #CheckIt4Andretti, to encourage more people to get colorectal screening, such as colonoscopy. “It’s about prevention, but it’s also about catching it when it may be Stage I or II and it’s more likely to be beat,” Jarett explains.

He has taken up the mission, reviving the #CheckIt4Andretti social media campaign and teaming up with faith-based health care nonprofit UHSM (Unite Health Share Ministries) to start a #SteerClearofCancer campaign. The goal is to raise funds to encourage more people to get screened and to help people who are uninsured or underinsured get access to colonoscopies.

As a race car driver, Jarett is well aware of the macho mindset that can keep men from going to doctors and getting preventive screenings. But not getting screened for colon cancer is one risk this professional risk taker thinks is crazy.

Jarett is familiar with taking risks. However, he says, “I believe in calculated risks. When I get into a race car, which can go 180 miles an hour, I wear a five-point harness, gloves and two layers of fireproof gear. If I hit the wall, I am in a carbon tub that is prepared to take the hit.”

Not getting screened for colorectal cancer if you are eligible, on the other hand, is a risk no one needs to take, he says. “Why do you want to pull a pin on a grenade and just hold it in your hand?”

To learn more, see “Interview: How to Save a Life From Colorectal Cancer” and “Task Force Recommends Colon Cancer Screening at Age 45”.