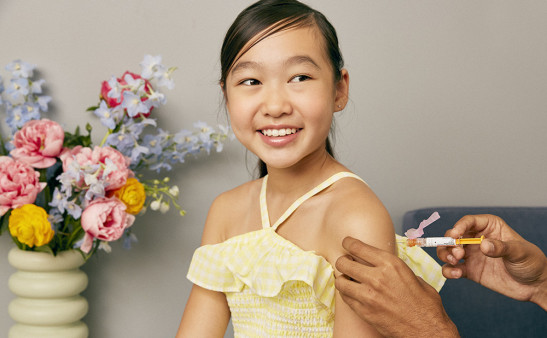 Heather Hazzan, SELF (Model(s) used for illustrative purposes only)

Screening and HPV Vaccines Lead to Drop in Cervical Cancer

Screening and vaccination have led to a decline in cervical cancer, even as other cancers caused by human papillomavirus (HPV)—which do not have clear guidelines for routine screening—are increasing, according to research to be presented at the American Society of Clinical Oncology (ASCO) Annual Meeting in June.

“Without standardized screening, HPV-related cancers, such as oropharyngeal cancers and anal-rectal cancers, are increasing,” said Cheng-I Liao, MD, of Kaohsiung Veterans General Hospital in Taiwan, who previewed the study findings at a May 14 media briefing. “In order to reduce these trends and achieve success comparable to what we’re seeing with cervical cancer, we must develop effective screening strategies and determine vaccine efficacy in these patient populations.”

The vaccine is most effective when given to adolescents before they become sexually active. The CDC recommends Gardasil 9 for girls and boys and girls ages 11 or 12, with catch-up vaccination for those up to age 26. The Food and Drug Administration has approved the vaccine for women and men up to age 45; the CDC advises that people between 27 and 45 should discuss with their health care providers whether they might still benefit.

Liao and colleagues looked at trends in HPV-related cancers in the United States, analyzing data for more than 657,000 individuals with such malignancies (60% women and 40% men) from the U.S. Cancer Statistics program between 2001 and 2017. Overall, the incidence of HPV-related cancers rose by 2.4% per year—0.8% among women and 2.7% among men—during this period.

“It is likely that the significant decrease in cervical cancer incidence results from clear guidelines for cervical cancer screening and may also reflect promotion and acceptance of vaccination, particularly in younger women,” Liao said.

“The decrease in cervical cancer is welcome news and may reflect intensive efforts to screen and vaccinate patients at risk,” ASCO president Lori J. Pierce, MD, said in a press release. “Clearly, this study shows that we still have a great deal of work to do in order to reverse the increasing incidence rates of other HPV-related cancers.”

Another recent study showed that vaccination has dramatically reduced the prevalence of HPV infection among women, which is expected to decrease future cases of HPV-related cancer.

Hannah Rosenblum, MD, of the CDC’s Epidemic Intelligence Service, and colleagues analyzed nationally representative data from the National Health and Nutrition Examination Survey from 2003 through 2018.

What’s more, the findings suggest that vaccination is providing indirect “herd effects” for unvaccinated young women. Among sexually experienced women who had received at least one vaccine dose, the prevalence of the four HPV types fell by 97% in the 14 to 19 age group and by 86% in the 20 to 24 group. But even among unvaccinated women, rates declined by 87% and 65%, respectively.

“These data show increasing impact of HPV vaccination in the United States,” the study authors wrote. “HPV vaccination is a critical prevention tool against HPV infection, anogenital warts and HPV-attributable precancers and cancers.”