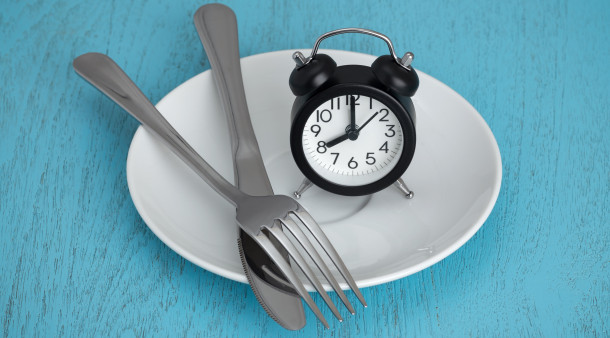 A set of mouse studies shows that this dietary intervention could be groundbreaking for breast cancer research.

But when you eat, not just what you eat, also affects health. One popular approach is time-restricted eating, which means having all your meals and snacks within a particular window, often eight hours, when people tend to be most active . That may mean eating breakfast at 10 a.m. and dinner by 6 p.m. Growing evidence suggest that this approach can help people lose weight, even without restricting calories, and can benefit metabolic health, including blood sugar control.

Now there is preliminary evidence that time-restricted eating may have an effect on breast cancer risk as well. According to three mouse studies presented at ENDO 2019, the annual conference of the Endocrine Society, adhering to a time-restricted diet may one day help prevent breast cancer in humans, reports the Endocrine Society. The researchers wanted to determine whether such eating could improve metabolic health (metabolic syndrome is a risk factor for cancer) and decrease the development and growth of breast cancer.

In the first study researchers made mice obese by feeding them a 60 percent high-fat diet for 10 weeks. Mice were then divided into two groups: one with 24-hour access to food and another that had only eight-hour access to food at night (which is when mice are most active). These mice were also compared with a group of mice that had a low-fat diet for 24 hours a day.

In addition, all mice were injected with breast cancer cells three weeks after the start of the time-restricted feeding schedule, and researchers measured tumor growth from time to time.

For the second study, mice were genetically modified to develop spontaneous breast cancer and divided into two groups. While the first group received a high-fat diet 24 hours a day, the latter consumed a high-fat, time-restricted diet. In this analysis, tumor growth was also occasionally measured by ultrasound imaging and manually with calipers.

In the final study, researchers took two approaches to study insulin resistance associated with obesity (a cancer-promoting factor) and insulin dependency of tumor growth. The first required implanting an insulin pump into mice on a low-fat diet and giving those in the control group saline. In the second approach, mice on a high-fat diet had their insulin levels reduced by the addition of diazoxide to their feed, while others that didn’t receive the agent were used for comparison. In this case, tumor growth was also measured periodically.

Findings from all three investigations showed that time-restricted eating could delay tumor development as well as reduce tumor growth in obese mice on a high-diet to the levels seen in lean mice. What’s more, tumor growth was faster in the mice with implanted insulin pumps than those in the control group. Mice fed insulin-reducing diazoxide had reduced tumor growth compared to the control cohort.

“Exploring the ability of time-restricted eating to prevent breast cancer could provide an inexpensive but effective strategy to prevent cancer impacting a wide range of patients and represents a groundbreaking advance in breast cancer research,” said lead researchers Manasi Das, PhD, of the University of California, San Diego.

Despite these findings, little research in humans has examined prolonged nightly fasting and breast cancer prognosis. The next step may be conducting the findings of this mouse study on a human population to compare the results.

Click here to learn how eating organic can cut your cancer risk.