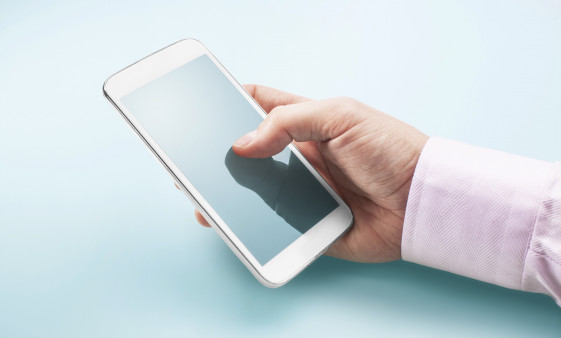 Studies have “given us the confidence” that the current safety limits remain acceptable.

Statement from Jeffrey Shuren, M.D., J.D., Director of the FDA’s Center for Devices and Radiological Health on the National Toxicology Program’s report on radiofrequency energy exposure

We know that cell phones are an important, everyday tool to most Americans. We use them now for much more than just talking—from booking travel on an app to using mobile wallets to pay for groceries. Our ubitquitious use of cell phones inevitably means that we must continue to review and ensure their safety.

The Food and Drug Administration is charged with ensuring cell phones—and any radiation-emitting electronic product—are safe for the public to use. Our scientific expertise and input, along with other health agencies, are used by the Federal Communications Commission (FCC) to set the standards for exposure limits of radiation from cell phones, called radiofrequency energy.

We have relied on decades of research and hundreds of studies to have the most complete evaluation of radiofrequency energy exposure. This information has informed the FDA’s assessment of this important public health issue, and given us the confidence that the current safety limits for cell phone radiofrequency energy exposure remain acceptable for protecting the public health.

When new studies or information becomes available, the FDA conducts thorough evaluations of the data to continually inform our thinking. We reviewed the recently finalized research conducted by our colleagues at the National Toxicology Program (NTP), part of the National Institute of Environmental Health Sciences within the National Institutes of Health, on radiofrequency energy exposure. After reviewing the study, we disagree, however, with the conclusions of their final report regarding “clear evidence” of carcinogenic activity in rodents exposed to radiofrequency energy.

Our colleagues at NTP echoed this point in a statement earlier this year about their draft final report, including the important note that “these findings should not be directly extrapolated to human cell phone usage.”

We agree that these findings should not be applied to human cell phone usage.

NTP hosted a three-day peer review of this study in March, as part of their normal process for issuing scientific reports. The FDA was not a participant in that process, but was invited to observe the panel discussions, which included an assessment of the study methods and data by a panel of 15 peer reviewers to determine the basis of evidence for the final report. Based on their assessment, the panel voted to upgrade the conclusions from some evidence to clear evidence for malignant heart schwannomas in male rats, and from equivocal (ambigious) to some evidence for malignant gliomas of the brain and benign tumors of the adrenal gland in male rats.

It’s important to note that the vote does not mean new data or findings were reported in the final assessment.

In addition, as we’ve noted previously, there were unusual findings in the study, such as: the rats exposed to whole body radiofrequency energy lived longer than rats that were not exposed to any radiation (control group); only male rats exposed to the highest radiofrequency energy dosage developed a statistically significant number of heart schwannomas, which are very rare in humans, when compared to the control group in this experiment. There was also no true dose response, or a lack of a clear relationship between the doses of radiation administered to the animals and their subsequent tumor rate.

Researchers will need to consider all of the findings when exploring future human epidemiological studies.

As scientists, we welcome new studies. Animal studies like this one contribute to our discussions on this topic, but we must remember the study was not designed to test the safety of cell phone use in humans, so we cannot draw conclusions about the risks of cell phone use from it. We also must thoroughly evaluate and take into consideration the totality of the data, and do so within the context of the complete body of evidence rather than drawing conclusions from the results of a single study.

As part of our commitment to protecting the public health, the FDA has reviewed, and will continue to review, many sources of scientific and medical evidence related to the possibility of adverse health effects from radiofrequency energy exposure in both humans and animals and will continue to do so as new scientific data are published.

Based on our ongoing evaluation of this issue, the totality of the available scientific evidence continues to not support adverse health effects in humans caused by exposures at or under the current radiofrequency energy exposure limits. We believe the existing safety limits for cell phones remain acceptable for protecting the public health.

This press release was originally published on the Food and Drug Administration website on November 1, 2018.