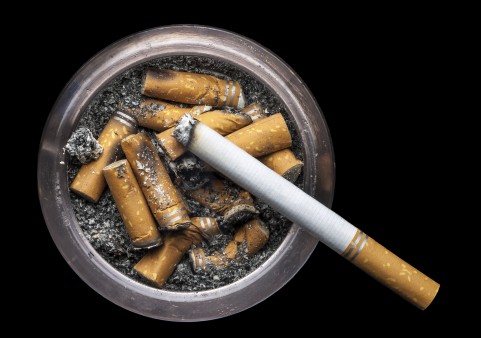 More Than 40 Percent of Cancers May Be Preventable

Smoking, drinking and being overweight are the major modifiable risk factors.

Risk factors that can potentially be changed cause 42 percent of all cancer cases and 45 percent of cancer-related deaths, according to a new study from the American Cancer Society (ACS).

“[T]hese findings underscore the vast potential for reducing cancer morbidity and mortality through broad and equitable implementation of known preventive measures,” wrote the authors of the report, published in the ACS journal CA: A Cancer Journal for Clinicians.

Cancer is not one disease but many, and it has a variety of different causes. These range from fully preventable factors, like cigarette smoking, to unchangeable factors, like the BRCA1 and BRCA2 genetic mutations. Some risk factors, such as family history and body weight, are influenced by a combination of genetics, environment and behavior. In many cases, cancer occurs as a result of random mutations with no specific cause.

Farhad Islami, MD, PhD, and colleagues with the ACS Surveillance and Health Services Research and Epidemiology Research programs estimated the proportion and absolute number of invasive cancer cases and deaths attributable to potentially modifiable exposures. The researchers looked at cancers overall (excluding nonmelanoma skin cancers) and 26 specific cancer types among adults age 30 and older in the United States in 2014.

Data on the number of cancer cases and deaths and the prevalence of risk factors were obtained from the National Cancer Institute, the Centers for Disease Control and Prevention (CDC), nationally representative surveys and published pooled analyses or meta-analyses.

Human papillomavirus (HPV) infection was a risk factor for 1.8 percent of cancer cases and 1.1 percent of deaths. HPV causes almost all cervical and anal cancers and some mouth and throat cancers, and these can be prevented with the HPV vaccine. Hepatitis B virus (HBV) and hepatitis C virus (HCV) can cause liver cancer, accounting for 6.6 percent and 24.2 percent of cases, respectively. Hepatitis B can be prevented with a vaccine, and hepatitis C can be cured (although this does not completely eliminate liver cancer risk). HIV, too, raises the likelihood of some cancers. Effective antiretroviral treatment dramatically lowers the risk of AIDS-defining cancers, but the risk of non-AIDS cancers increases as HIV-positive people live longer.

Lung cancer accounted for the largest number of preventable cancer cases (184,970) and deaths (132,960) overall. Among men, lung cancer was followed by melanoma, colon cancer and bladder cancer. Among women, lung cancer was followed by breast cancer, uterine cancer and colon cancer. Excess weight and lack of exercise were blamed for about twice as many preventable cancers among women compared with men (10.9 percent versus 4.8 percent, respectively).

“The proportions of all cancer cases and deaths attributable to smoking, red and processed meat consumption, HCV infection, UV radiation and HIV infection were higher in men compared with women, reflecting historically higher prevalence of these risk factors in men,” the study authors wrote. “In contrast, the proportions were higher in women for excess body weight, alcohol intake, physical inactivity and HPV infection, largely driven by the high burden of breast, endometrial and cervical cancers attributable to these risk factors.”

The researchers noted that their results may underestimate the overall proportion of potentially preventable cancers because the impact of some known risk factors could not be quantified and some likely risk factors haven’t yet been proved to cause cancer.

These findings add to a growing body of evidence linking cancer to modifiable risk factors beyond the well known risks of smoking and sun exposure. As fewer Americans smoke and more people are overweight, the causes of cancer appear to be shifting.

Last month’s Vital Signs report from the CDC warned that people who are overweight or obese are at higher risk for at least 13 different types of cancer.

The American Society of Clinical Oncology (ASCO) recently released a statement saying that alcohol use—including moderate or light moderate drinking—raises the risk of several types of cancer. But a majority of Americans don’t recognize drinking as a cancer risk factor, according to an ASCO survey.

“Our results reemphasize that expanding comprehensive tobacco-control programs could have the greatest impact on reducing the overall cancer burden in the United States,” the ACS study authors concluded.

“The combination of excess body weight, alcohol intake, poor diet and physical inactivity accounted for the highest proportion of all cancer cases in women and was second only to tobacco smoking in men,” they added. “These findings underscore the importance of adherence to comprehensive guidelines on weight control, alcohol, diet and physical activity.” 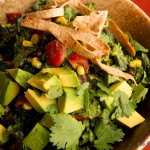