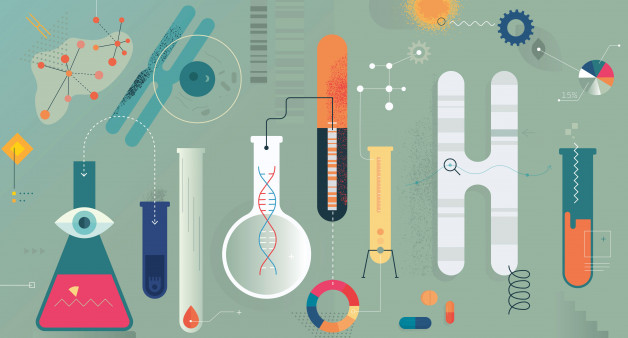 A look back at some of the most important science and treatment news Cancer Health covered this year.

1. COVID-19 and Cancer
COVID-19 was a major topic again this year. Research continued to show that some cancer patients who contract the coronavirus are at greater risk for severe outcomes. What’s more, the pandemic has had a negative effect on cancer care. Screenings for breast, cervical, bladder, colorectal and lung cancer dropped precipitously and haven’t fully gotten back on track. But vaccines were a game-changer. Studies showed that most people with cancer respond well to COVID-19 vaccines. But those with certain blood cancers have lower response rates, especially those taking medications that impair antibody-producing B cells. This may have been the case for Colin Powell, who had multiple myeloma and died of COVID-19 in October. Fortunately, additional doses of the Pfizer-BioNTech and Moderna vaccines improve response. Experts stress that people living with cancer—as well as their household members and caretakers—should receive their vaccines and boosters without delay.

After three decades of frustration, the Food and Drug Administration (FDA) finally approved the first KRAS inhibitor in May. Lumakras (sotorasib) was granted accelerated approval for the treatment of advanced non-small-cell lung cancer (NSCLC), but the new targeted therapy shows promise for other malignancies as well, including colorectal and pancreatic cancers. The KRAS gene makes proteins that regulate cell growth. Once considered “undruggable,” KRAS is the most commonly altered gene in people with cancer. Lumakras targets a specific mutation known as KRAS G12C that is found in about 13% of NSCLC tumors. In the CodeBreaK 100 trial, 37% of previously treated patients with locally advanced or metastatic NSCLC who were randomized to receive Lumakras saw their tumors shrink, including three with complete remission; another 44% had stable disease without further progression. Another promising KRAS drug, adagrasib, is in the pipeline.

3. Wider Use of Immunotherapy

When immune checkpoint inhibitors were first approved, their use was limited to people with advanced or metastatic cancer. But recent research shows that some patients can benefit earlier in the course of disease. This includes so-called neoadjuvant treatment prior to surgery and adjuvant treatment after surgery to reduce the risk of recurrence. In July, the FDA approved Keytruda (pembrolizumab) for pre- and post-surgery treatment of people with newly diagnosed early-stage triple-negative breast cancer who are at high risk for disease progression. The FDA also approved Tecentriq (atezolizumab) for adjuvant treatment of Stage II or III non-small cell lung cancer, after a study showed that Tecentriq plus chemotherapy delayed recurrence after surgery. Recent studies suggest that neoadjuvant immunotherapy before surgery may also benefit lung cancer patients. A study of Opdivo (nivolumab) plus Cabometyx (cabozantinib) showed that liver cancer patients treated with the combination saw their tumors shrink enough to make them eligible for surgical removal. Two addition trials showed that Opdivo reduced the risk of bladder cancer recurrence and Keytruda helped prevent kidney cancer relapse after surgery.

Some medications that previously received FDA accelerated approval were withdrawn this year amid growing concern that treatments given fast approval do not always measure up. In order to speed up access to therapies for serious conditions, drugs may be approved based on surrogate endpoints, such as tumor shrinkage, without waiting until enough trial participants have died to see whether there’s a survival advantage. But these therapies are still required to undergo further testing to confirm that they provide clinical benefit. In April, an FDA advisory committee reviewed indications for immunotherapy drugs that have not shown the expected clinical benefits in confirmatory trials, recommending continued approval of those with no good alternatives, while rescinding approval if the treatment landscape has changed and better options are now available. Along the same lines, a recent analysis found that a majority of industry-sponsored Phase III clinical trials report that experimental treatments appear to be more effective than they turn out to be in the real world: 58% did not prolong survival. Such “false positive” results can expose patients to side effects and high costs for little benefit.

One way to ensure that cancer therapies work is to match them to the appropriate patients. Targeted cancer therapies work against tumors with specific mutations or other distinct features. This is where genomic testing comes in. This type of testing is increasingly used to match patients to the drugs most likely to work for their cancer. Traditionally, a biopsy sample is used to genetically analyze a tumor’s genetic blueprint, but this can now be done using a liquid biopsy, or blood test. Next-generation sequencing enables multiple genetic alterations to be identified with a single test, rather than looking for them one at a time. One recent study found that genomic testing improved the effectiveness of targeted therapies for people with metastatic breast cancer. Another showed that most lung cancer patients who never smoked have tumor mutations that can be targeted with available drugs. While many targetable tumor mutations are uncommon, as more targeted therapies are developed, a growing proportion of patients will have at least one. But concerns about the cost—and cost effectiveness—of genomic testing have hindered wider use.

The U.S. Preventive Services Task Force updated its guidelines for lung cancer screening, recommending that screening with low-dose CT scans should start at age 50 (up from 55) for people with a smoking history of 20 pack-years (up from 30). The new recommendation comes after a study showed that screening rates may be lower than previously thought, especially for people of color. The broader criteria are expected to increase the overall number of people eligible for screening and, in particular, to raise screening rates for women and Black and Latino people, who are at higher risk for lung cancer with lighter smoking histories. But some research suggests that the revised recommendations might not dramatically improve access for minorities. This year saw more emphasis on lung cancer among people who never smoked, raising the question of whether lung cancer screening may be appropriate for never smokers too. And it’s never too late to quit smoking: An analysis from the American Cancer Society found that people who quit before age 40 can avoid 90% of the excess risk of cancer death, and older individuals can also substantially reduce their risk.

A growing body of evidence confirms the benefits of physical activity for people living with cancer and cancer survivors. Recent research shows that moving more and sitting less can improve overall health and quality of life. One recent study found that getting the recommended amount of physical activity may help avoid “chemo brain” or “brain fog” while undergoing chemotherapy for breast cancer. Two other studies showed that increasing physical activity and reducing sedentary time has a positive impact quality of life for colorectal cancer survivors. People in the OncoActive trial who participated in tailored exercise programs experienced less fatigue and better physical function. The COURAGE trial showed that even “low dose” physical activity, such as walking 150 minutes per week, improved physical function and sleep quality. Other research found that exercise improved sexual function and a yoga therapy program improved quality of life and immune responses in men with prostate cancer. What’s more, exercise may help prevent cancer. An analysis from the American Cancer Society found that some 46,000 cancer cases could be prevented each year if Americans exercised at least five hours per week.

Finally, this year saw greater attention to the benefits of palliative care for people with cancer. Palliative care offers relief from pain and other symptoms for people at any stage of illness, whether life-threatening or curable. It is not the same as hospice care, which is intended to provide comfort care for people with terminal illness at the end of life. One recent study found that cancer patients who began palliative care earlier were more likely to receive supportive care at home and less likely to receive aggressive care in their final month and die in a hospital. Unfortunately, a majority of Americans have an inadequate understanding of palliative care, according to a recent survey. Read Cancer Health’s feature on “The New Palliative Care” to learn more about this important aspect of cancer care.